Asgardian Stones by NetEnt is a 5 reel, 20 pay line slot games. The game features a well done Norse mythology with the Avalanche feature in use where players can win several times on a single spin. There’s also 2x2 and 3x3 Colossal Symbols appearing on the reels, a Colossal Crush feature where colossal symbols crush symbols in a row with each crush increasing the multiplier value by 1 level as it climbs up to 4x. The Bonus Wheel feature is definitely the main feature in the game as players win cash rewards and up to 25 free spins they can use during the Free Spins. During that feature, you will observe Colossal Wild symbols splitting into individual symbols. These symbols stay on the reels when they don’t form part of a winning combination. Join other players in sampling NetEnt Asgardian Stones and you could also walk away with over 2,000x your bet possible on each spin and/or free spin. Stakes start from 20p to £200 a spin and the game can be played on all iOS and Android devices. 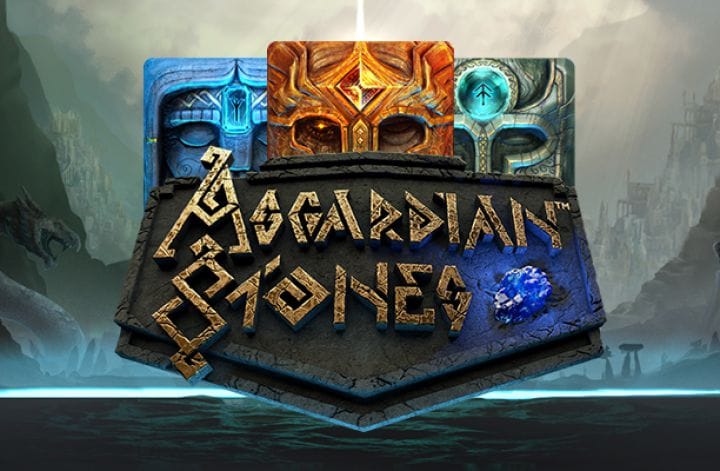 About the Asgardian Stones Slot Game

Spinners will get to feel the immense power and magic that Asgard holds in this slot. The action takes place in the Greek Mount Olympus where you will encounter colossal stones guarding Asgard gates. Symbols on the reels include card values Q, A and K, faces of old Gods carved in stone – with the highest paying one among them rewarding up to 25x your bet when 5 lands on a pay line. The Wild (W) can also replace all the other symbols on the reels except the Bonus Wheel symbol.

The Avalanche feature is used in this uk slots. You may have come across it in other slots by NetEnt like Gonzo’s Quest. It works in this way;  symbols in the game fall into place on the reels and when a winning combo is formed, an Avalanche starts up. The winning symbols that formed part of the win dramatically explode then disappear off the screen while the next Avalanche of symbols falls. This can keep a player keep winning back to back from every spin.

You’ll also encounter Colossal Symbols – where Colossal versions of all the symbols occur (i.e. except the Wild). These can occur in 2x2 or 3x3 symbol blocks to help form winning combinations. The symbols can trigger the Colossal Crush feature which can be triggered in the main game and Free Spins feature. When new Colossal symbol appear on the reels, an extra row of symbols is crushed. The multiplier value rises by 1 for every row crushed. It’s not uncommon to have the multiplier climb up to 4x.

NetEnt - The Developer of the Asgardian Stones

NetEnt is an online casino Swedish based company that has been running since 1996. They’ve got loads of experience in the industry together with the title of ‘best online slot developer in the world’. That’s right, NetEnt is number one when it comes to online casino software because of several reasons. For one, the company was started at a time when the online betting revolution was picking up. This allowed them a unique opportunity to be in the right place at the right time. They approached the job head-on and what we got in return was enjoyable online slot games that features high-quality design and gameplay. The company is known for making use of amazing 3D design and imaging. NetEnt initially used online casino Java-based software before making the shift to HTML5. NetEnt casino software is in use by over 300 fully licensed portals.

You can enjoy their 3 reel or 5 reel slots that incorporate a variety of themes and different modes of gameplay on any of your favourite casino slot sites as well as land-based casinos. If you are new to NetEnt, go ahead and give their slots a spin to see why they’re considered the best. 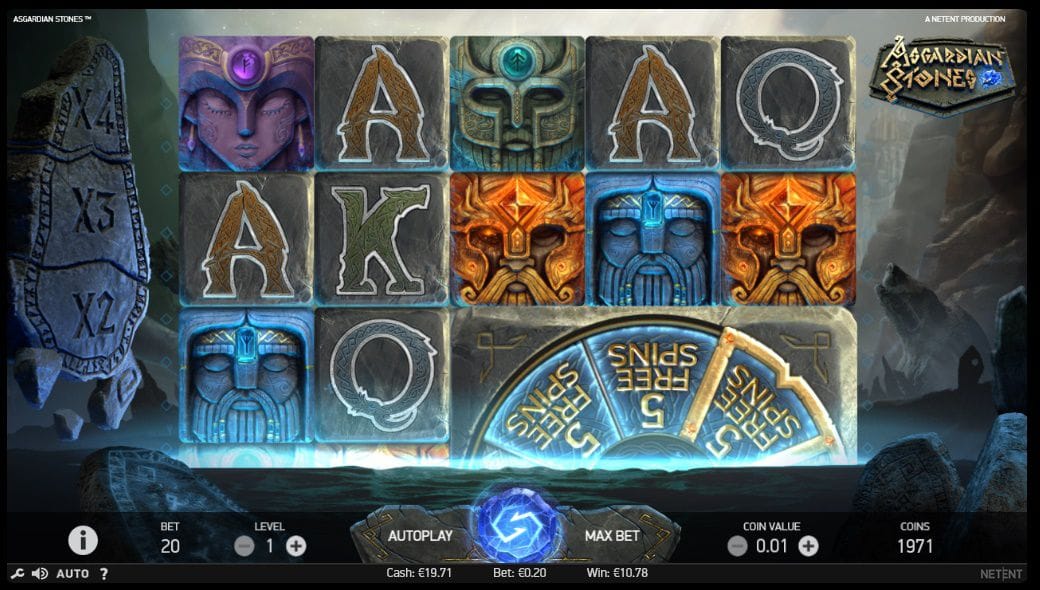 Asgardian Stones is yet another captivating NetEnt slot in terms of design, visuals, theme, gameplay and bonus features. The Norse theme has been a major hit in recent years and NetEnt already has a couple of Norse slots out. Asgardian Stones is definitely one of the best ones they have in their collection. The storyline modelled after the Greek theme will be exciting for anyone who is a fan. In addition, if you’ve always wondered what Thor's home ever looked like, you can sample that here.

The game has an amazing lineup of bonus features in both the main game and bonus Free Spins feature. Players can win up to 2,000x your bet in both the main game and free spins round easily in one spin. The addition of Colossal Symbols is also a nice touch and so is the even more exciting Colossal Crush Feature where rows of symbols are crushed to make space for a new avalanche. Check this Asgardian Stones NetEnt slot out if you are itching for something different. If you enjoyed this, why not play Daisy Slots's Aloha! slots game?