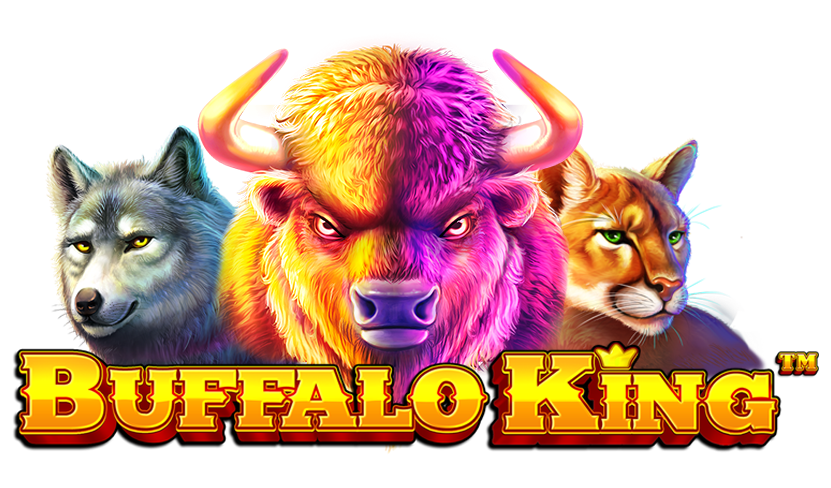 Buffalo King by Pragmatic Play is a 6 reel and 4,096 ways to win no deposit slots. You can play the game on online casino Slotzo. There is one bonus feature you can enjoy in the game and that is the free games bonus. You can win 8, 15, 25 or 100 free games when 3, 4, 5 or 6 scatter symbols land.

If you retrigger it again, you can win up to 200 free spins. The wild multipliers can combine to award you over 93,700x your stake. Stakes in the slot games start from 40p to £60 per spin on all smartphone, PC and tablet devices. The Return to Player percentage of this slot is 96.06%.

Pragmatic Play is a casino software company that started operating in 2015. They provide casino slots, card games like blackjack, etc. The company rose up the ranks fairly fast. Within two years of operating, the company had already accumulated more than 100 workers.

Their main headquarters are in Sliema, Malta. They’ve also earned recognition within the industry. 2017 was one of their best years like when they won the EGR B2B Software Rising Star award. They also won Best HR Director, Best Gamified Experience Company and Best Digital Company at the 2017 Malta iGaming Excellence Awards.

Slot developers like Pragmatic Play usually have several gaming licenses. They’ve been licensed by the UK Gambling Commission and the Malta Gaming Authority. They have also been recognized by the AAMS in Italy, Romanian authorities, the certification body in Curacao and the PAGCOR in the Philippines. They also are allowed to operate in jurisdictions like Denmark and the Bahamas.

Pragmatic Play has got 3 reel and 5 reel slots part of their collection. They use interesting themes and storylines in their games like adventure, mystery, travel, action, fantasy themed slots, etc. Some of their games include; 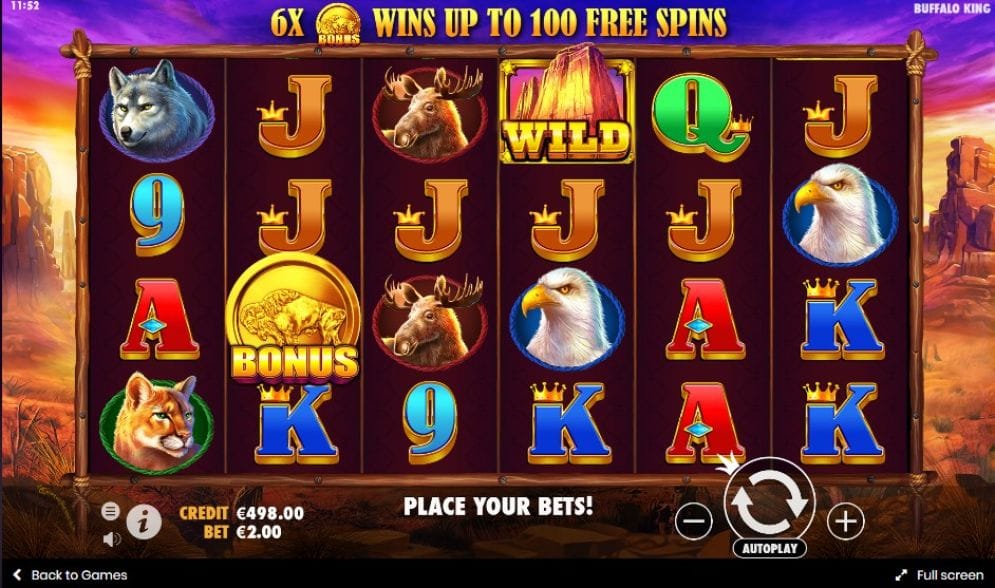 Buffalo King is one of the online casino slots by Pragmatic Play that you can play on Slotzo. The action in this game is set in the Wild West as you can tell from the canyon in the back. Symbols on the reels include; card values J, 10, K, Q, A and 9, mountain lions, buffaloes, wolves, American eagles and moose. The buffalo can land as stacked symbols on the reels.

The buffalo symbol rewards the highest value of 2x, 5x, 6.25x and 7.5x your stake when 3, 4, 5 or 6 land on a payline. The wold symbol is represented by the canyon rock symbol. The wild can replace all the other standard symbols on the reels except the bonus scatter. 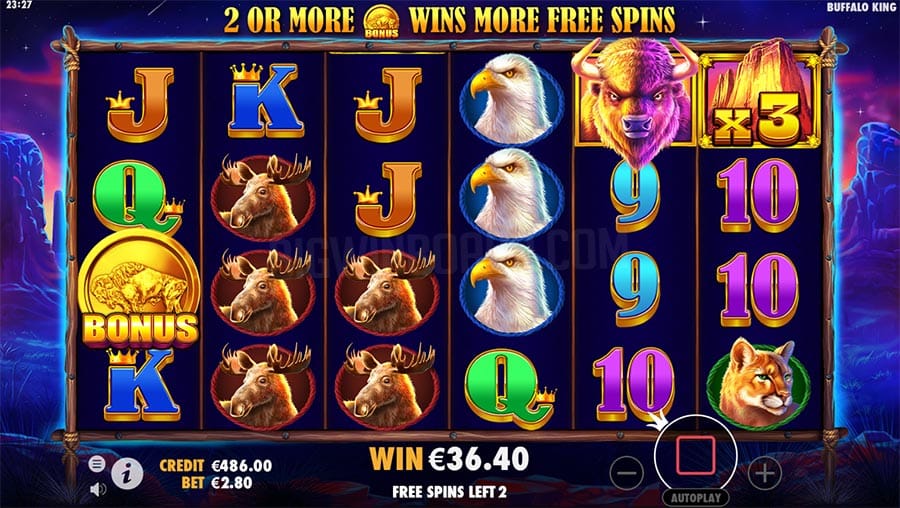 Like any good online casino on Slotzo, Buffalo King also comes with a bonus feature. 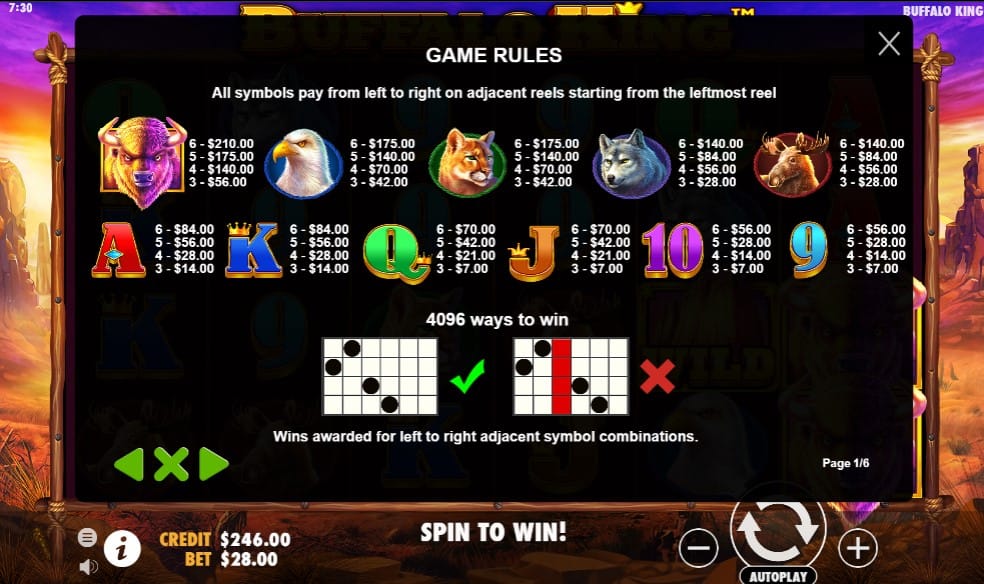 Our Verdict on Buffalo King Slots

Buffalo King is available to play on online casino Slotzo. It is a pretty slot to look at and the gameplay is easy to understand. This is mostly because there is only one bonus feature in the game. This is the Free Games feature which is activated when 3 or more scatter symbols land. You can win up to 200 free games during the feature thanks to retriggers.

The best part about the feature is that wild multipliers can be activated and sometimes even combine. If you land 5x wild multipliers on the 6 reels, you can end up winning 93,700x your stake. This game has got a Return to Player percentage of 96.06%, which is quite similar to the Imperial Destiny Slot.