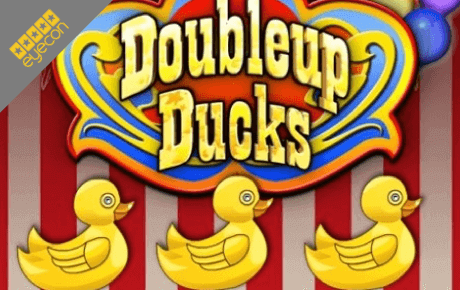 It looks to us that Eyecon Gaming is big fan of the fairground. Maybe it’s because their hit slot Fluffy Fairground took off so well, that they chose to revisit the theme with Double Up Ducks.

Double Up Ducks have all of the things we love about Eyecon Gaming and then some, as it contains the cool cartoon graphics that we have come to know and love from the Brisbane-based developers as well as some classy slot bonuses.

In fact, those slots bonuses are some of the tops of their class, as you can win up to an amazing 240 free spins in Double Up Ducks, and there’s a jackpot of 9500 coins available too.

So, plenty of money to be won and great graphics and game design, what more could you want? Get playing Double Up Ducks right now at UK slots site Daisy Slots.

About Eyecon Gaming - The Developers of Double Up Ducks Slot

Hailing from Brisbane, Australia is Eyecon Gaming, a quirky yet fantastic slot game development outfit. These guys have become world-famous for their crazy themes, which is characterised by their saga about a sheep who goes on adventures all around and out of this world named Fluffy.

But it’s just not just for their design work that people love Eyecon Gaming. These guys are some of the best in the world when it comes to their slots’ bonus features. If you’re lucky enough to get into them, you can win a whole bunch of cash from them and they’re an awful lot of fun to play, too.

Some of the best slot games from Eyecon Gaming that showcase their fantastic slot bonuses can be read here:

The best slot games from Eyecon Gaming can be played at the best UK slots site, Daisy Slots. 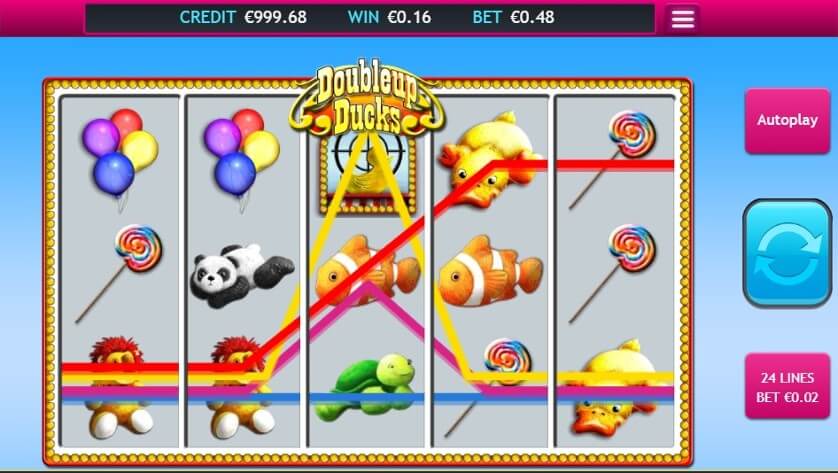 Playing Double Up Ducks - What to Expect

The carnival theme is strong with Eyecon Gaming, and they have nailed it once again in Double Up Ducks. In the base game, you’ll need to land game themed symbols from left to right across the five reels.

These symbols are made up of a bunch of different animals and toys, the most valuable non-special symbols being the duck, which will earn you 450 coins if you load them up across the reels, and the prize tickets, worth an impressive 950 coins for five in unison.

The game’s wild, the pink elephant, is worth a very strong amount in value if you load the reels with them, although this would be quite a rare spectacle. If you are lucky enough to do this, though, you’re looking at a massive 9500 coins, which works out to 380x your stake!

If the pink elephant wild does not take part in a payline that is entirely made up of wilds, it will instantly double any other. That makes the wild a lot more valuable than in other slot games so we can consider this a very strong slots bonus.

The bonus game here, where you can earn that crazy 240 free spins that we mentioned earlier on, is called the Free Games feature. To trigger it, you will need to land three or more of the scatter symbol, which takes the form of a duck in Double Up Ducks.

The duck scatter actually pays out on its own, so if you land five in a row, not only will you be looking at 15 free spins with a 3x multiplier, but you’ll also get your hands on 450 coins, too.

These free spins can be re-triggered throughout, and are capped at 240 in number.

It’s not often we see a low variance slot that is quite as exciting as Double Up Ducks. Although you can win a maximum of 380x your stake, that jackpot of 9500 coins, you can win quite regularly too, so overall this slot game strikes a nice balance.

Grow Slot is another amazing game available at Daisy Slots!