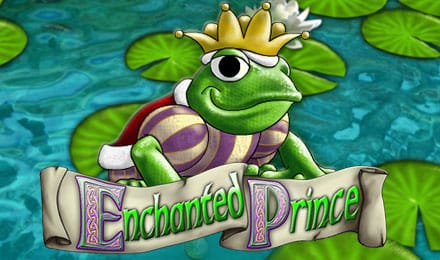 Fairy tales in online https://www.daisyslots.com game have been a combo for as long as we can remember! Enchanted Prince is an Eyecon developed slot, one that comes with all the bells and whistles attached! It goes without saying, but if you’re a fan of fairy tales or anything like that, then this will definitely be worth checking out! We get a serious Shrek vibe from Enchanted Prince, don’t you?

Enchanted Prince is a 5 reel by 25 payline UK slot game, one that you can spin from as little as 25p a spin up to £12.50! Eyecon has a knack of crafting slots like this one, slots that only get better with time! Since Enchanted Prince was released many moons ago, this slot has garnered hundreds of thousands of fans across the globe and back! Be sure to check out the rest of our written review below to learn more about the magic of the Enchanted Prince! Like the sound of this game? Play the Emoticoins slot game!

Eyecon is a true icon living, a big name in the world of slot developers, established all the way back in 1997! These guys have come a long way since releasing Temple of Isis all the way back in 2003 — Enchanted Prince is just another example of a slot that is up punching with the best of them. Their name sounds like the word icon for a reason people, trust us!

Recent developments in the world of mobile gaming have taken the industry by storm, developer Eyecon is definitely one of those names preparing for the next wave of games! Almost every slot they release nowadays has some sort of handheld element involved! We personally play most of their games on our morning commute and are constantly earning a fair bit of cash — maybe you should jump on that too?

Want to keep that Eyecon train chugging? Know that there are plenty of games out right now outside of Enchanted Prince — take Fluffy Favourites, for example. Check out some of our favourites coming from their stellar catalogue of online games:

You’ve no doubt heard the story of the princess and the toad? Well, Enchanted Prince is essentially that story told over a series of reels and paylines! It is possible to make quite a lot of cash here in this slot as long as you’re putting the time in, taking advantage of certain features along the way! Stories like this one are timeless, we just hope that Eyecon tries their hand on more fairytales in the future as they clearly have a knack for telling fantastic stories using this medium!

We mentioned at the top of the review that we get quite a few Shrek vibes and we meant it! This slot utilises a certain art style that sometimes looks a lot like what you’d find in those movies. Enchanted Prince is chocked full of little easter eggs that you have to look out for — it certainly helps in the replayability of the game, same goes for the gameplay/bonus features found here, trust us!

Yes, we’ll admit that the look of Enchanted Prince is somewhat dated when compared to the other slot games from Eyecon, but have you ever heard of not judging a book by its cover? Some of the best online slot machines in the game are monkey butt ugly but still bring great joy to punters across the globe! Expect to see various symbols populating the reels here in Enchanted Prince, icons that you will instantly recognise if you have any knowledge of the tale of the princess and the frog.

To earn cash in Enchanted Prince, all you need to do is match as few as three icons in the same line to trigger a win! It is possible to earn a much higher score by finding up to five icons in the same line, but pulling that off repeatedly will require patience! Know that the highest-scoring symbol on the board is the blonde-haired dame. This princess can award you as little as 10 coins up to 2,400 depending on how many symbols you’re matching in the same line.

Another symbol you should be looking out for is the white lily icon, a symbol that can net you up to 1,800 coins during the run of play. On the reels, you’ll find a mix of low and high-value symbols for you to combine into various wins! Like in other slot machines from Eyecon, the low-value icons here appear as various letter-like symbols — these symbols you’ll often be matching.

Look out for the crown symbol here in Enchanted Prince too, this is the chosen wild icon here in the game, one that rules over this land as far as common symbols go. If you can successfully match this symbol you’ll find that most symbols across the board are substituted — all symbols bar the frog scatter that is! Speaking of scatters, did you know that scatters in Enchanted Prince unlock free spins?

You will want to take advantage of multipliers here in Enchanted Prince as they will equal big wins fast! Up to 25 free spins are up for grabs here, and all you have to do is match up to five of them in the same line to unlock them. In this round, you can earn up to 50x your total stake! Think about it, those playing on higher bet amounts can make some serious money in this round. 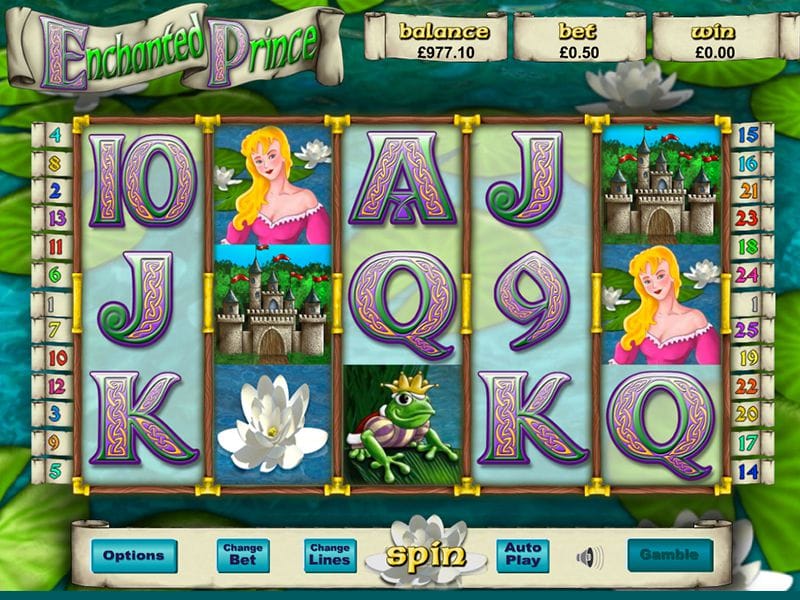 As far as fantasy-themed 2020 slots go, Enchanted Prince is definitely up there with some of the best of them! This froggy slot is chocked full of surprises from the moment you start spinning, a slot that only gets better the more you play it! Yes, the graphics here are somewhat dated, but never say that this slot doesn’t have heart. The features here are stellar, and definitely heighten every spin you partake in. Check out Enchanted Prince at your earliest convenience, your money depends on it!