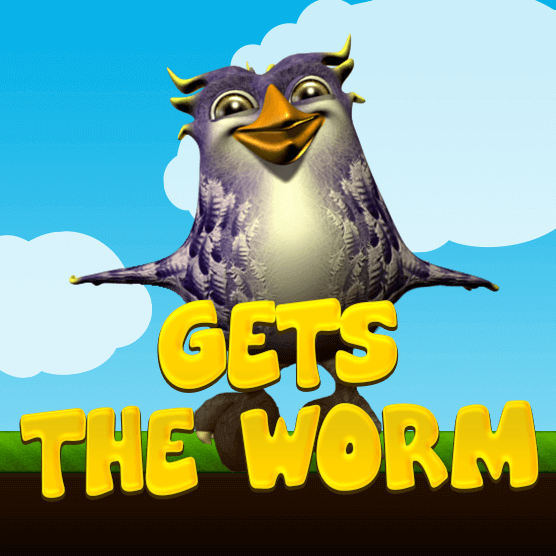 Daisy Slots is the place to be if you’re looking for real money slots to play. Gets the Worm slot has a total of 5 reels and 25 paylines all vying for the players’ attention at once. This makes this game a standard package for anyone with a shred of experience with video slots consoles.

Bets can be placed for as small as 1 penny with a maximum jackpot that is sometimes multiplied up to 20,000 times your original stake. Most gamers also become attached to this slot because of the game and the bonus features that it has on offer.

About Eyecon - Pioneers Behind Gets the Worm Slot

Eyecon was founded as far back as 1997 but they become a slot provider effectively in 2003 and they are based in Australia and Alderney. Eyecon becomes well-known after they released the Fluffy Favorites online slot which is a game that is still much-loved and a go-to play slots games today.

There are more than 60 Eyecon slot games to choose from. Even though they’ve created plenty of games to this point, Eyecon’s team of professionals has also incorporated other solutions to the gaming industry as they try to evolve with time. 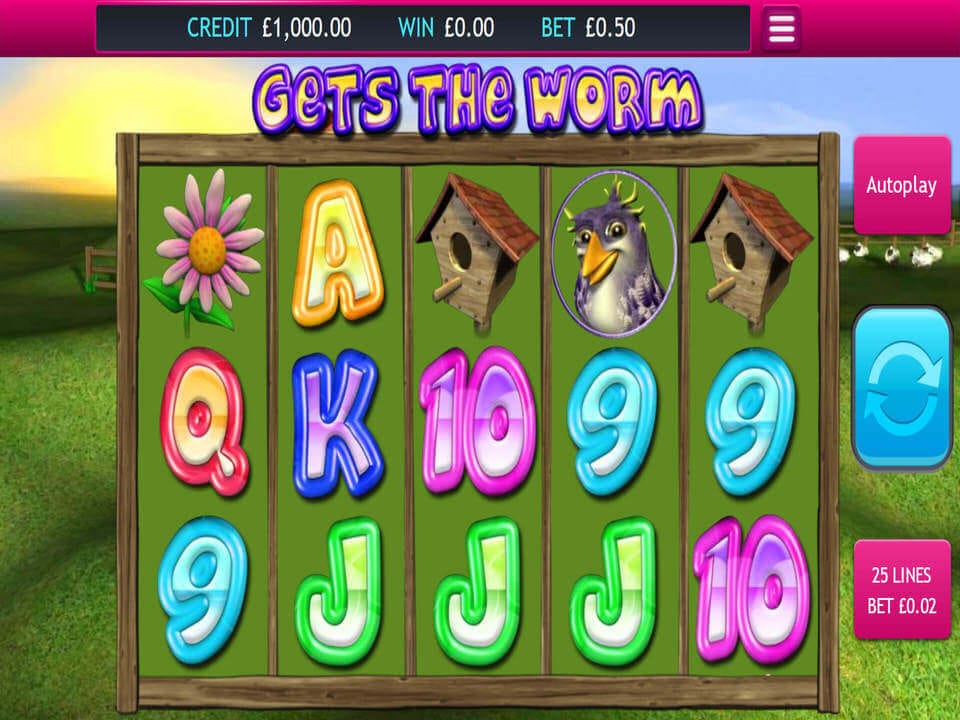 Playing Gets the Worm - What to Expect

All the best casino slots online sites in the UK feature this game and Daisy Slots is one of them. Gets the Worm derives its title from the very famous old saying about the early bird, and possesses a theme almost as archaic.

It is centered upon an old fashioned farmyard (which is a favored habitat of the humble earthworm). It is a game that is not trying to outdo anyone, a game that is comfortable being what it is and a game that is instantly refreshing and comforting as a result. Each one of the five reels are lined with some rather simplistic graphics that take in a typical countryside theme.

The scene set is one of open pastures which is certainly conducive to allowing players to hike up the stakes from time to time. The Early Bird is the symbol with the highest value which stands at 5000 coins for 5 of them and 3 or 4 of them award you 100 or 1000 coins respectively. The Bird House and Watering Can reward you handsomely at a rate of 25, 100, or 500 coins for 3, 4, or 5 symbols respectively.

Even the lowest value symbol, which is figure 9, pays 100 coins when you land 5 of them. The RTP of this slot is 95.1% and has some interesting bonus features. 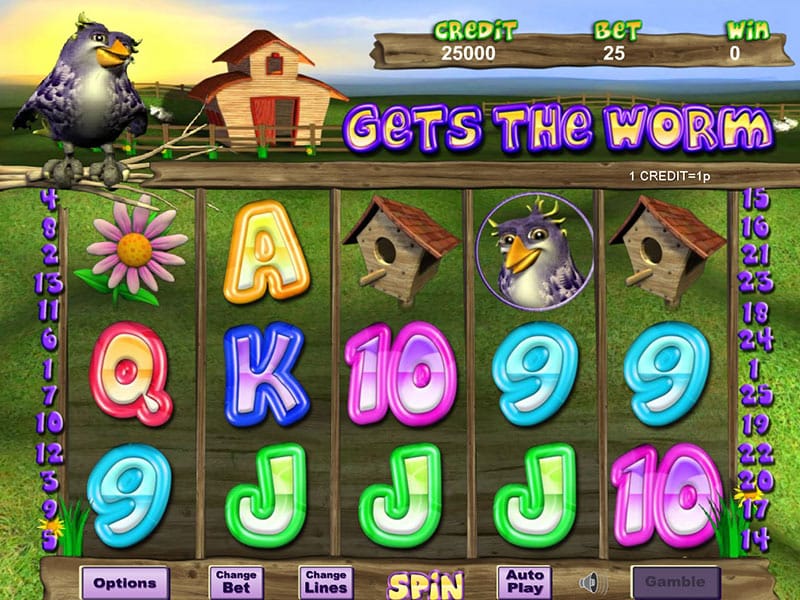 Daisy Slots is the home of real money slots and Gets the Worm is one of them. You might want to check it out for some of the most amazing bonus features such as:

·         The Wild Symbol - The Wild symbol in this case is the games logo graphic and matching 5 consecutively across an active payline results in a player cashing out the games maximum jackpot of 20,000 credits. This symbol can also be used to combine and multiply winning combinations.

·         The Scatter Symbol - This is the adorable worm character. Lining this character up 3 or more times on a line will grant you a whole host of free spins. This usually grows in number with the more worms you successfully land on across the reels.

·         Gamble Feature – This feature offers itself unto players at the conclusion of each round. It provides them with an all or nothing chance to double their earnings on the spot as many as 5 times consecutively. In addition to that, you can gamble your winnings which is always a favorite feature of gamers everywhere.

Our Verdict on Gets the Worm Online Slot

Daisy Slots has one of the widest collections of real money slots so sign up today. Gets the Worm is a very friendly and user-friendly game that can be enjoyed by a whole range of players. This online slot has the power of bonus features on its side and this is something that definitely sets it apart from other slots.

The game is also a lot of fun and the effort that has been put into it to bring something new to the slots gaming industry certainly doesn’t go unnoticed.

If you have enjoyed Gets The Worm Slot, why not try another exciting game at Daisy Slots - such as Gems n Jewels Slot.