Daisy Slots is the home of real money slots and Humpty Dumpty by Push Gaming is ready to play. This online slot game is set in the universe of the famous nursery rhyme that has a humanlike egg as its main character.

It may be an odd choice, but players are certainly familiar with the story of Humpty Dumpty. Humpty Dumpty had the developers at Push Gaming picking their brains to create an original universe to set the famous character in. The game has five reels of three symbols each, with 25 paylines in total.

Those paylines are fixed so you cannot change this parameter. You can use the bet menu to select the size of your wager and click the Play button to validate it and get the game started. Winning combinations of symbols will need to land on paylines to trigger their cash prize.

Here at Daisy Slots you will find all the best new online slots, along with all of your old favourites.

Push Gaming has a wide variety of slots online available on Daisy Slots. They are a UK based designer of gaming software company that was launched in 2010. They specialize in creating premium, mobile-optimized HTML5 games that can be played from any device and adapt land based slot games for online casinos.

They work with some of the industry´s most influential operators, and have successfully provided more entertaining mobile gameplay than ever before. Their games include classic fruit-themed slots and multi-line slots with bonus features and are available in 26 languages.

They offer a wide betting range and support the majority of currencies. Originally, Push Gaming specialized in developing flash-versions of slots but have now specialized in the development of online slots.

Make sure to try slot games from Push Gaming at Daisy Slots! 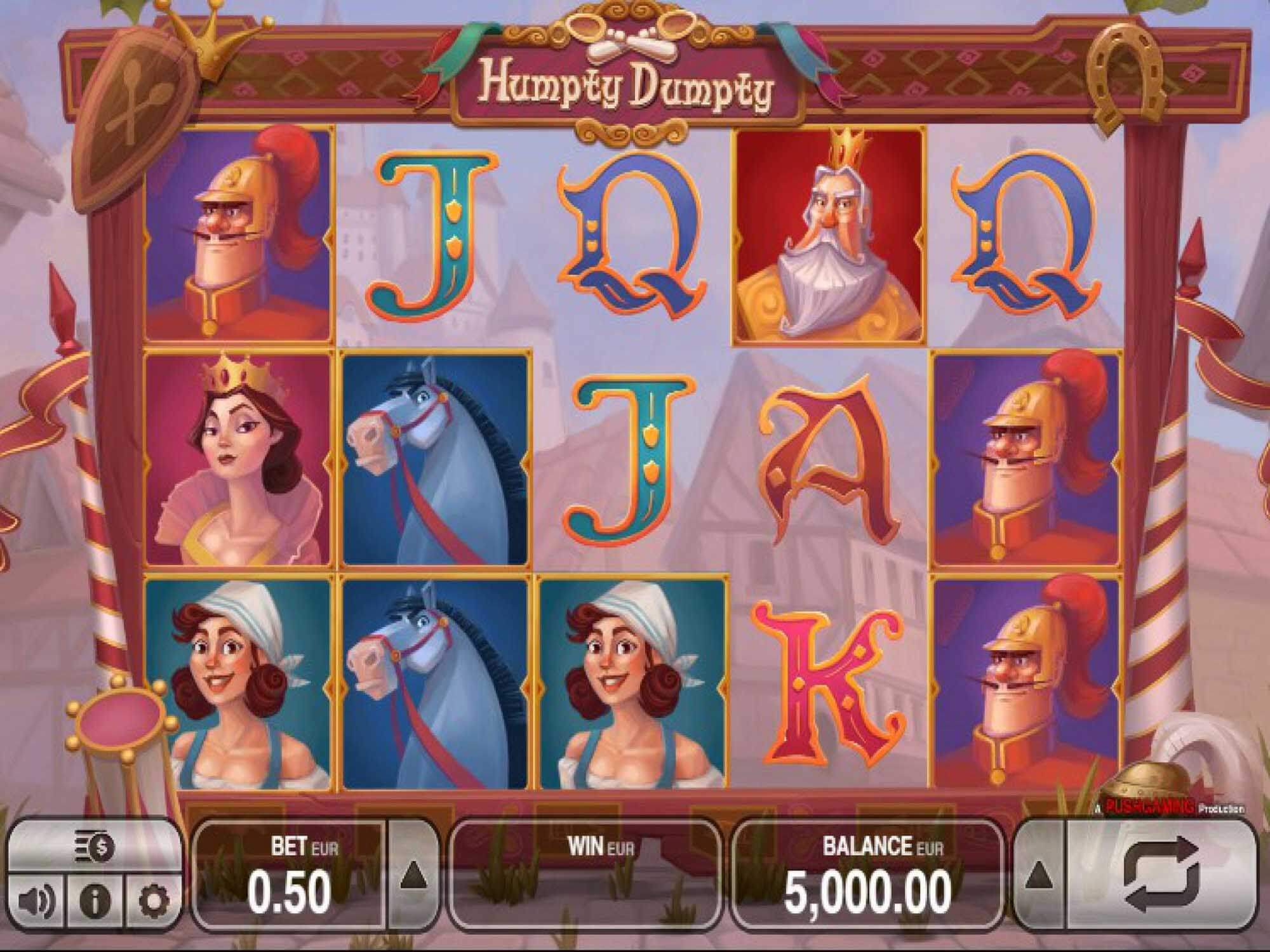 Playing Humpty Dumpty - What to Expect

Humpty Dumpty is one of the many casinos slots online you will get to play at Daisy Slots. The pay table of Humpty Dumpty adopts a similar Disney-like atmosphere. The action is set in a pink world representing an old European city.

This Middle Age feel is then reinforced by several details such as shields and the tournament flags that frame the reels. When you add a Disney-inspired melody on top of it all, you have the universe of Humpty Dumpty, the slot game.

The design quality of the game as well as its originality is undeniable. The ten different symbols are put into two different groups of equal size. The first five icons are usually the well-known card symbols, starting from number ten and stretching all the way up to the Ace.

Their payouts are relatively low, though still very decent in comparison to other slot games. You’ll see them appear on the reels on many occasions, in any case. The different character symbols of the game are rarer and yield big wins once they line up on screen.

You will meet a Horse, a young Maid, a Knight and finally the Queen and King of the game universe. Make sure to stay alert if you want to hit the jackpot with these symbols. 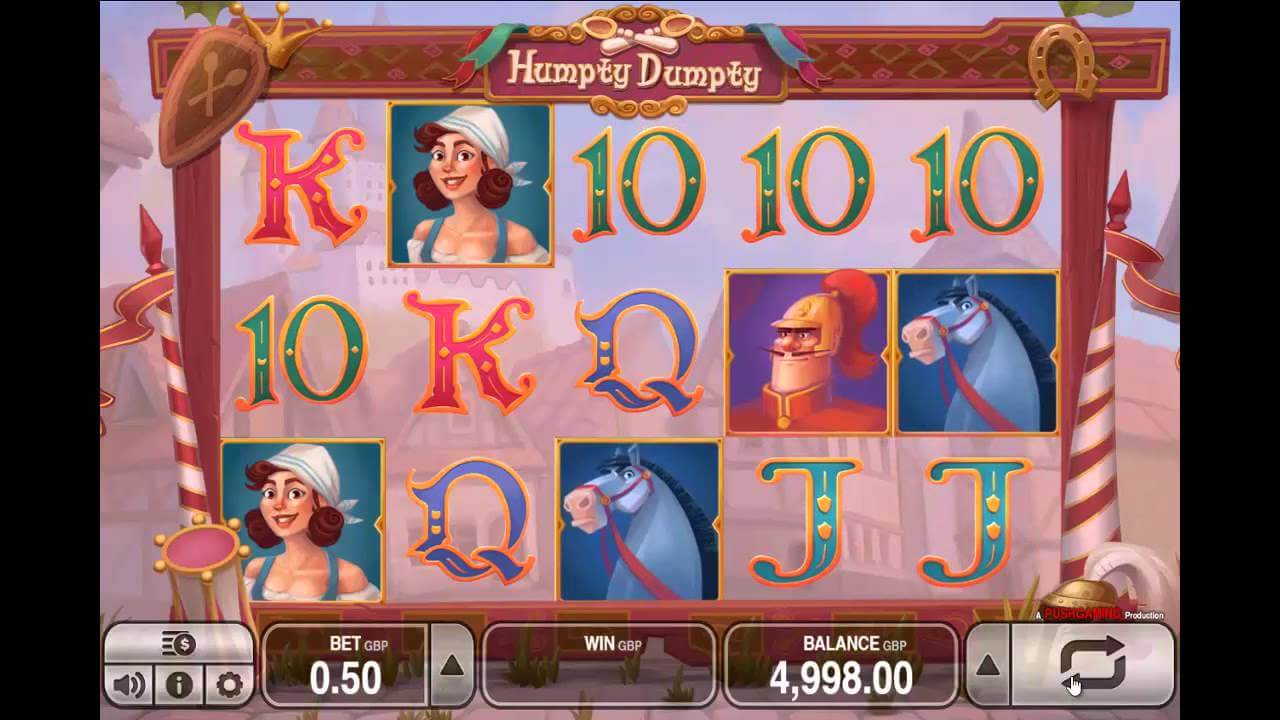 Daisy Slots is the home of the best slots online so make sure you sign up today. You will also be pleased to know that you will also get to enjoy some amazing bonus features which include;

You don’t get to see real money slots as rewarding as the ones on Daisy Slots and that’s a fact. You should therefore take advantage of the available slots online and play slot games of all sorts any time on Daisy Slots because you might just get lucky.

If you enjoyed our review of this game, why not learn more about Holmes and the Stolen Stones Slot too?