Kaiju is a Godzilla free slots game done right, any fan of Japanese culture and all the movies associated with big monsters will tell you the exact same thing, trust us. Kaiju is a 5 reel game, played out across 7776 paylines; fitting given the size of the wins you’ll be smashing. Elk Studios are the minds behind Kaiju, a developer who has had more than their fair share of success stories in recent years.

Punters can experience the power of the mighty Kaiju from as little as 20p up to £100 depending on how they like to spin. Keep in mind that you stand to make more from this 96% RTP game by playing on the high amounts. Speaking of high, Kaiju has high volatility. Wish to learn more about Kaiju? Check out the rest of the review, or maybe head on over to Daisy Slots and stare the beasts in the eye for yourself?

About Elk Studios — The Developers of Kaiju Slot

Swedish-based developer Elk Studios have plenty to brag about since opening their doors all the way back in 2012. You should consider Elk Studios to be one of the major players in the world of mobile gaming right now. Their logo has become almost iconic in recent years, becoming a symbol for success and motivation for other developers out right now.

Companies like to think that they put out quality over quantity but none embody that more than Elk Studios, these guys are ahead of the curve in so many ways, trust us. Their slot bonuses alone across all jackpot games is worth shouting about. We’d recommend you go check out Daisy Slots if you’re going to play Kaiju or any other Elk Studios slot, it has everything you could ever want and more, including big slot bonuses! 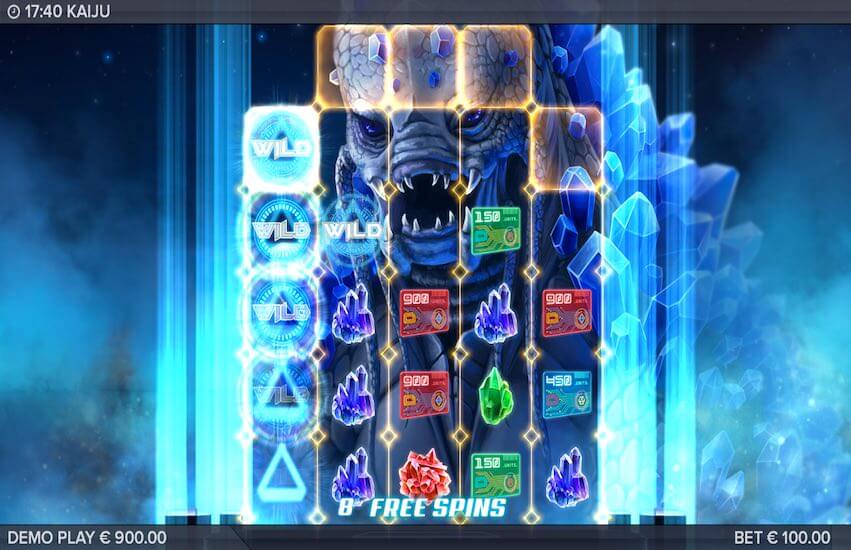 With Kaiju there is more than meets the eye, and it’s up to you to uncover them in due time. The best way of learning more about Kaiju is to simply play it. To begin select a starting bet at the bottom of the screen. Once you’re happy simply hit spin and get ready to rumble with one of natures fiercest beasts. We should mention that Kaiju is available on mobile devices if you like to play on-the-go — it’s almost better on a smartphone for some reason.

Slots that have a story to them are always going to peak interest. In Kaiju the story is this: monsters have arrived and are beginning to destroy cities some time in the future. Our only hope is a female cyborg by the name of HA-42 who fights these beasts head-on. HA-42 is actually one of the highest scoring icons on the board, netting you 15x your stake if you can find 5 in the same line. The power wild has a similar bonus so be on the lookout for those too. 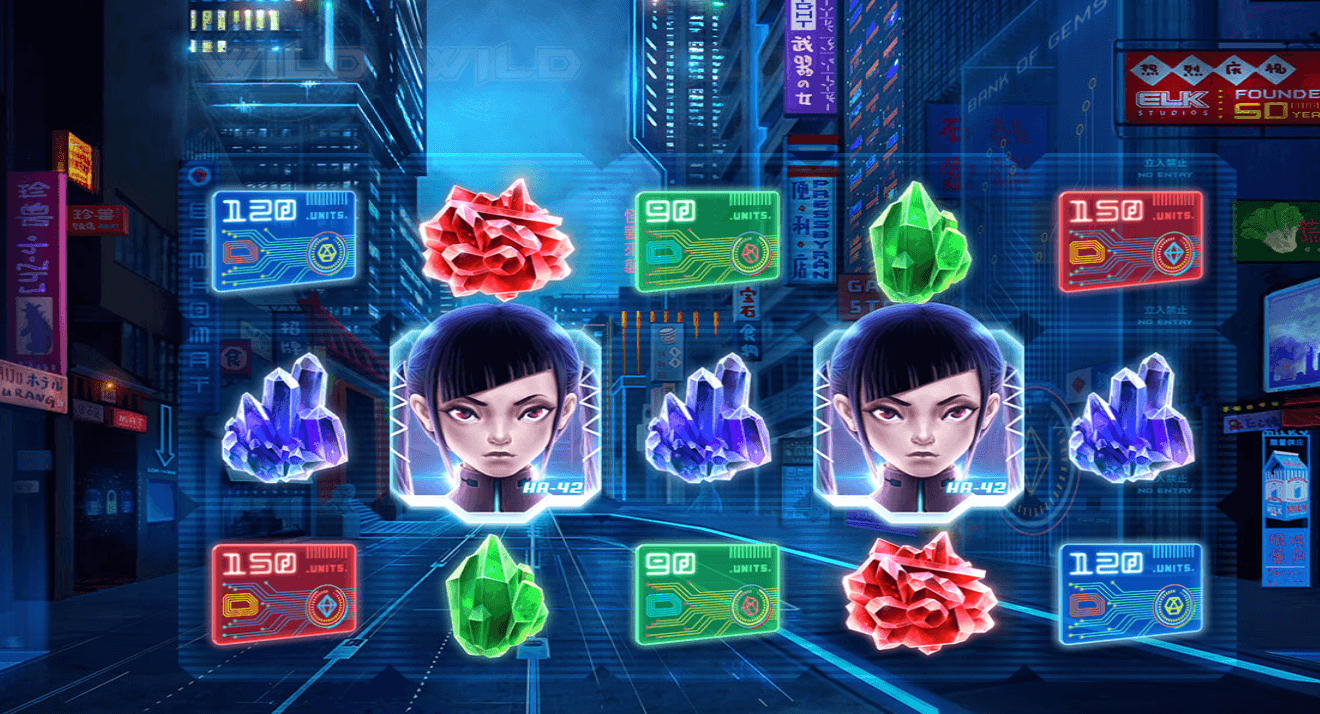 Battle Free Spins: Landing 3 of the cyborg HA-42 symbols on specific reels will reward players with 7 free spins right there and then. From there one random Kaiju opponent will be selected, you’re then tasked with battling them across the reels. To win, simply wipe out the symbols around it.

Laser Feature: A vertical laser will often make itself known on the reels at random intervals by revealing wilds. That’s right, free wilds at any time! The only downside is it’s a random occurrence, but if you’re spinning constantly you’ll find this often enough no problem.

Getting so close to what is essentially Godzilla while making it out alive with cash in your pockets is quite the story. Kaiju is a fantastic example of an adapted theme done right. It could have been incredibly easy for Elk Studios to make a very generic-looking slot with little to no slot bonuses, but they’ve gone and done the opposite.

Kaiju is a fantastic online slot, one that only gets better the more you play — just remember to keep your wits about you, this is a high stake, high variance game.

If you enjoyed our review of this game, why not learn more about Kitty Payout Slot too?