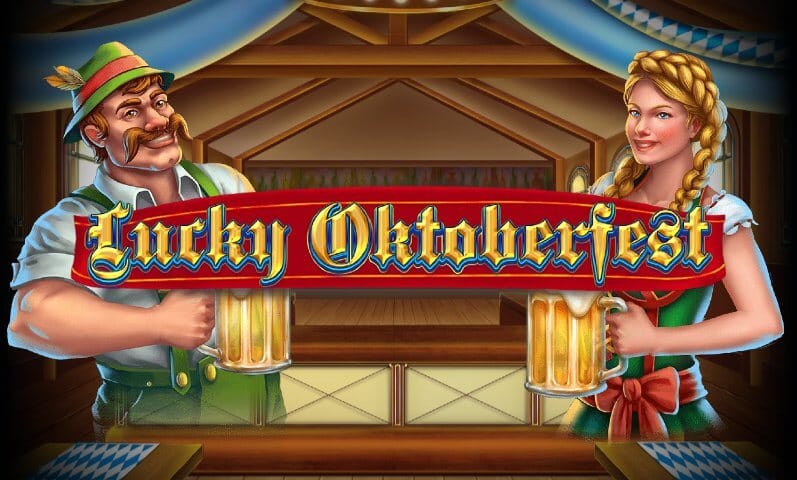 It’s that time of year! At the time of writing, October, we’re all super excited about Autumn, one of the most relaxing times of the year. As the leaves turn brown and fall to the ground, the temperature cools and the nights roll in as the days get shorter, the shift in the feeling around the country is quite a lovely one.

And it’s a time of year for great holidays. Halloween and Oktoberfest are two of our favourite parts of the year, one for the spooks and one for the beers. And it’s the latter that Red Tiger Gaming has decided to base their latest slot game on.

We don’t see many Oktoberfest themed slot games as it’s a bit of a niche thing but that kind of adds to the charm of Red Tiger Gaming’s slot Lucky Oktoberfest.

Under the lid, it’s a decent english slots game, with an RTP of 96.13% which is not only higher than the average but also substantially higher than we are used to seeing from Red Tiger Gaming who can often be a little stingy with their RTPs.

So, Lucky Oktoberfest checks out. Get into their Autumn spirit and play it today at Daisy Slots.

The Bristol-based online slots games development team Red Tiger Gaming was formed back in 2014 and are made up of a panel of some of the best slot game developers going. As a result of this, their slots are more often than not of supreme quality, both visually and mechanically.

With loads of exciting ways to win thanks to some amazing slot bonuses and beautiful graphics to match, it’s fair to say that Red Tiger Gaming is some of our favourites in the circuit. Sure, their RTPs can be a little on the low side sometimes but these guys make up for that with some cracking jackpots and stimulating gameplay.

Here are a few of our favourite Red Tiger Gaming slot games:

Play the best Red Tiger Gaming slots in all their slots bonus glory at the home of slot bonuses, Daisy Slots. 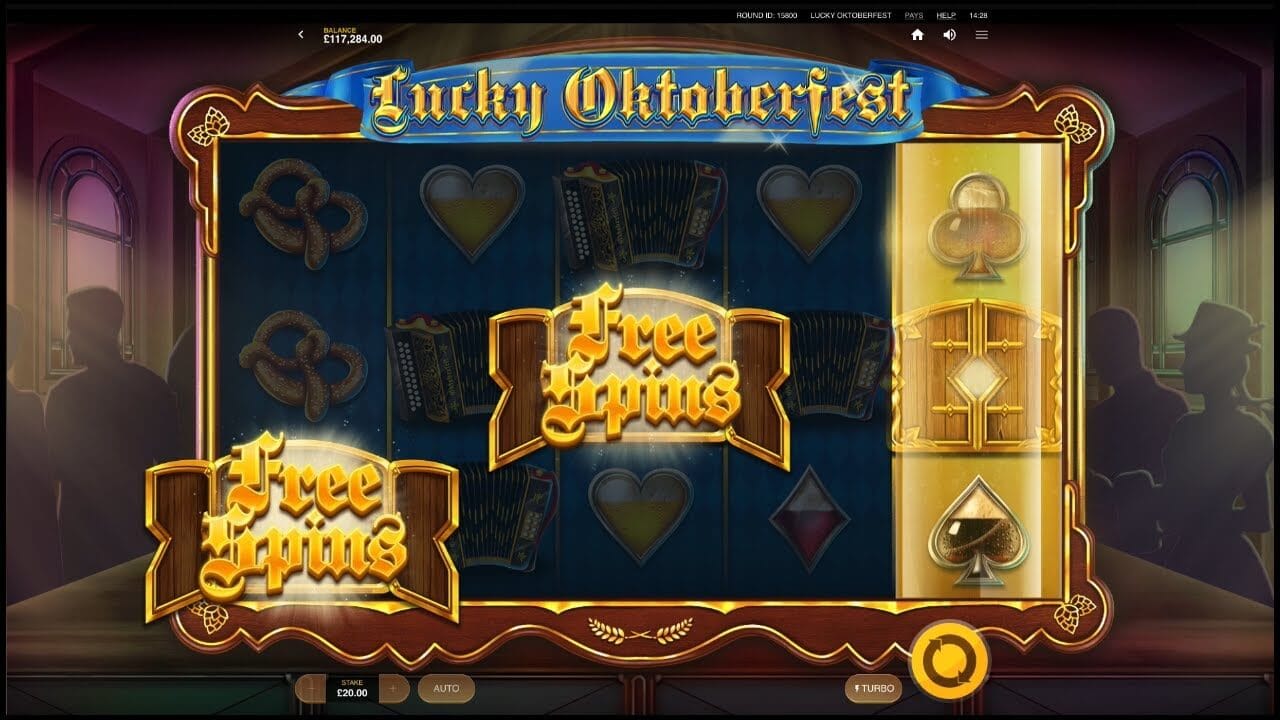 Symbols in Lucky Oktoberfest are made up of the suites of cards followed by some cool Oktoberfest themed symbols. The most valuable of these is the Bavaria symbol which will reward you with a pretty generous 30x your stake should you land five in combination. This is the only symbol that will pay out for two as the rest require three for payouts.

The special symbols are the characters of Hans and Helga, and these guys come in useful a little later on. 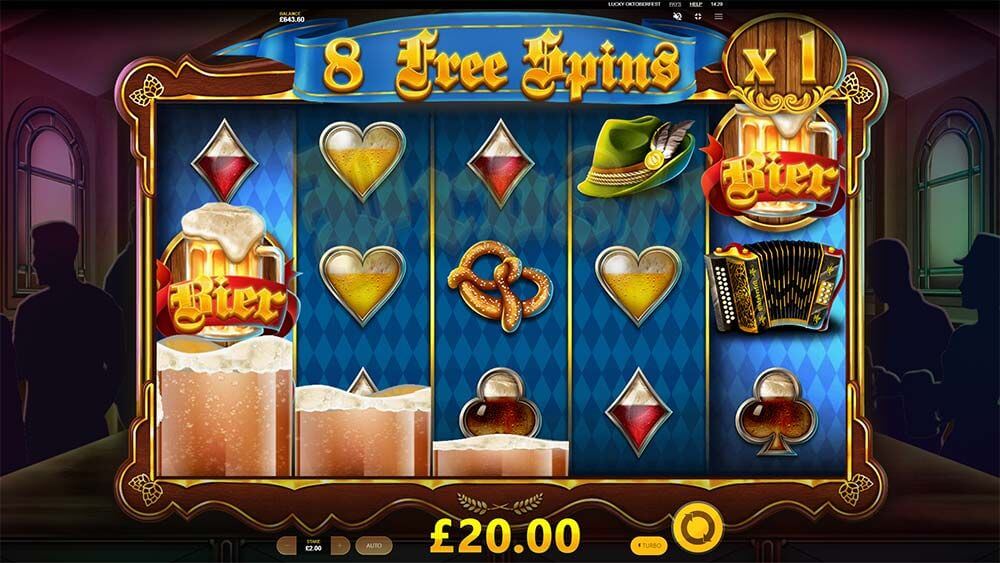 There is a generous helping of slot bonuses available to get your hands on in Lucky Oktoberfest which suits the spirit of the festival itself. These include the free spins feature which can be activated by landing the scatter symbol on reels 1, 3 and 5. At first, you’ll get 10 free spins to play with, but this can increase and so can the multipliers attached to them.

To increase the number of free spins, or to re-trigger them, you simply need to do this the other way around.

The Bier Reels slots bonus is a lot of fun too. Landing a bier stein bonus symbol on reels one and five will unlock this, giving the player access to random reels filling themselves up with beer before a random symbol is revealed, kind of like turning that reel wild and increasing winning combinations.

Our Verdict on Lucky Oktoberfest

We really enjoyed Lucky Oktoberfest for a whole bunch of different reasons - it’s slot bonuses, it’s graphics, but most of all it’s lovely theming that is particularly suitable for this time of year. Definitely give this slot a spin today.

Reels of Rock Slot is another popular title that can be accessed today at Daisy Slots.