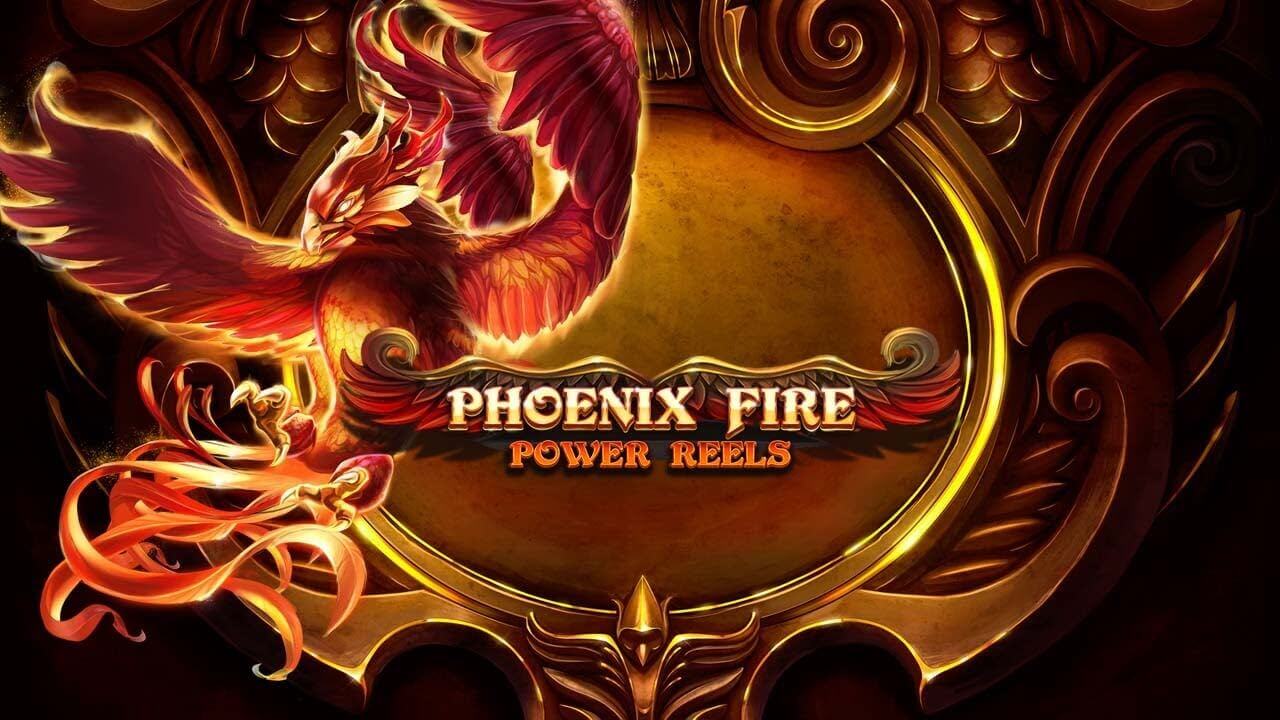 One of the best online slots uk games Phoenix Fire Power Reels is a huge game with 8 reels and 30 pay lines. The bonus features here are minimal but players can still enjoy an RTP rate of 96% and a high volatility.

Players can set their stake anywhere between 20p and £250 per spin. The max jackpot in Phoenix Fire Power Reels is 1,500x this stake.

There is an air of ancient mystery surrounding the theme in Phoenix Fire Power Reels. The 8 reels are edged with a golden frame, and flames flicker behind, alluding to something ominous.

Whilst the theme of Phoenix Fire Power Reels is not immediately recognisable on first look, it seems that the developers were aiming for the mystic. The reels are set upon a scroll, and the symbols are comprised of books, cups, and jewelry as well as some lower paying card symbols. The highest paying symbol is the cup, and it will reward players with 50x their initial stake.

That reward will not be easy, seeing as how many reels there are on display. This makes it an extremely difficult slot game however, 8 reels is not completely uncommon. Players that enjoy the scale of Phoenix Fire Power Reels might want to try other large online slots games like: 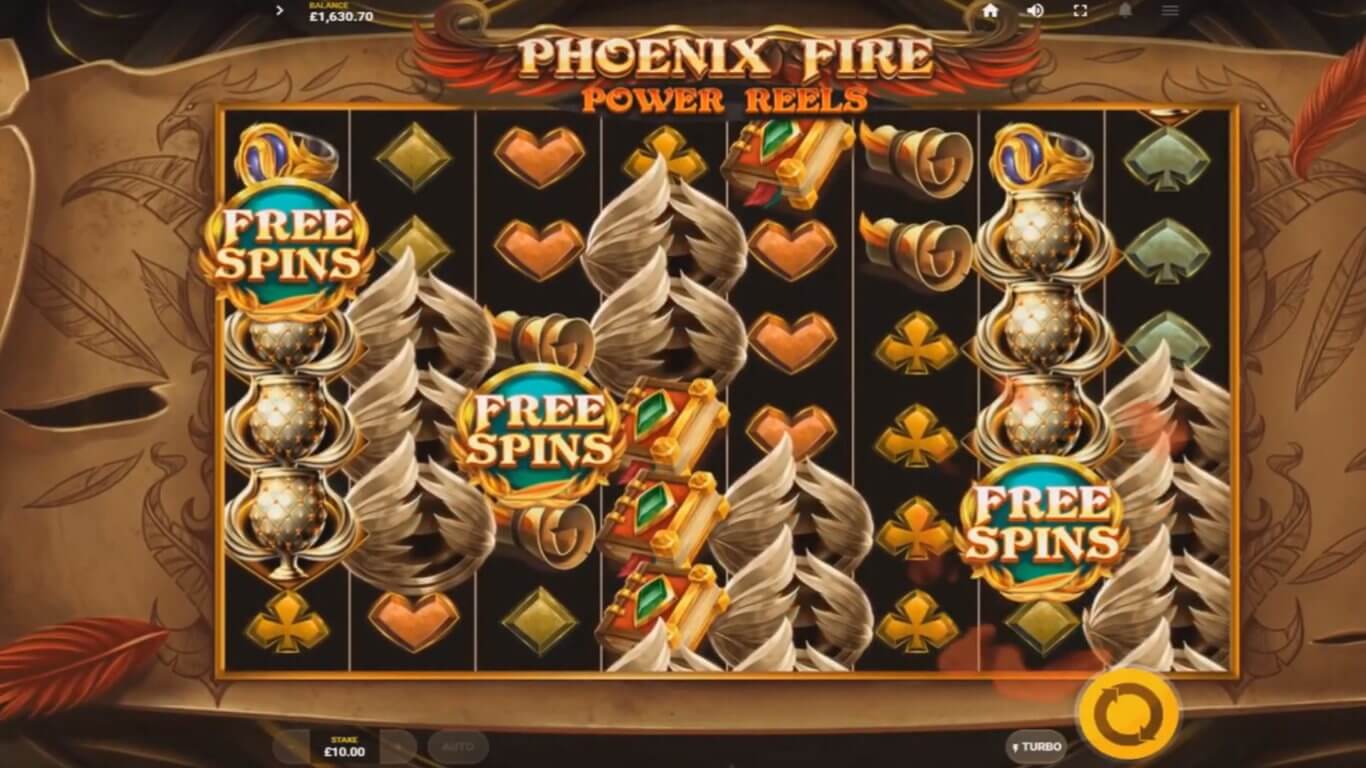 8 reels and 30 pay lines might seem daunting at first but playing Phoenix Fire Power Reels is just as easy as playing any other slot game. All you need to do is follow this process:

You can find Phoenix Fire Power Reels on all good slot sites like Daisy Slots. Not visited this site before? Don’t worry, registration is easy. 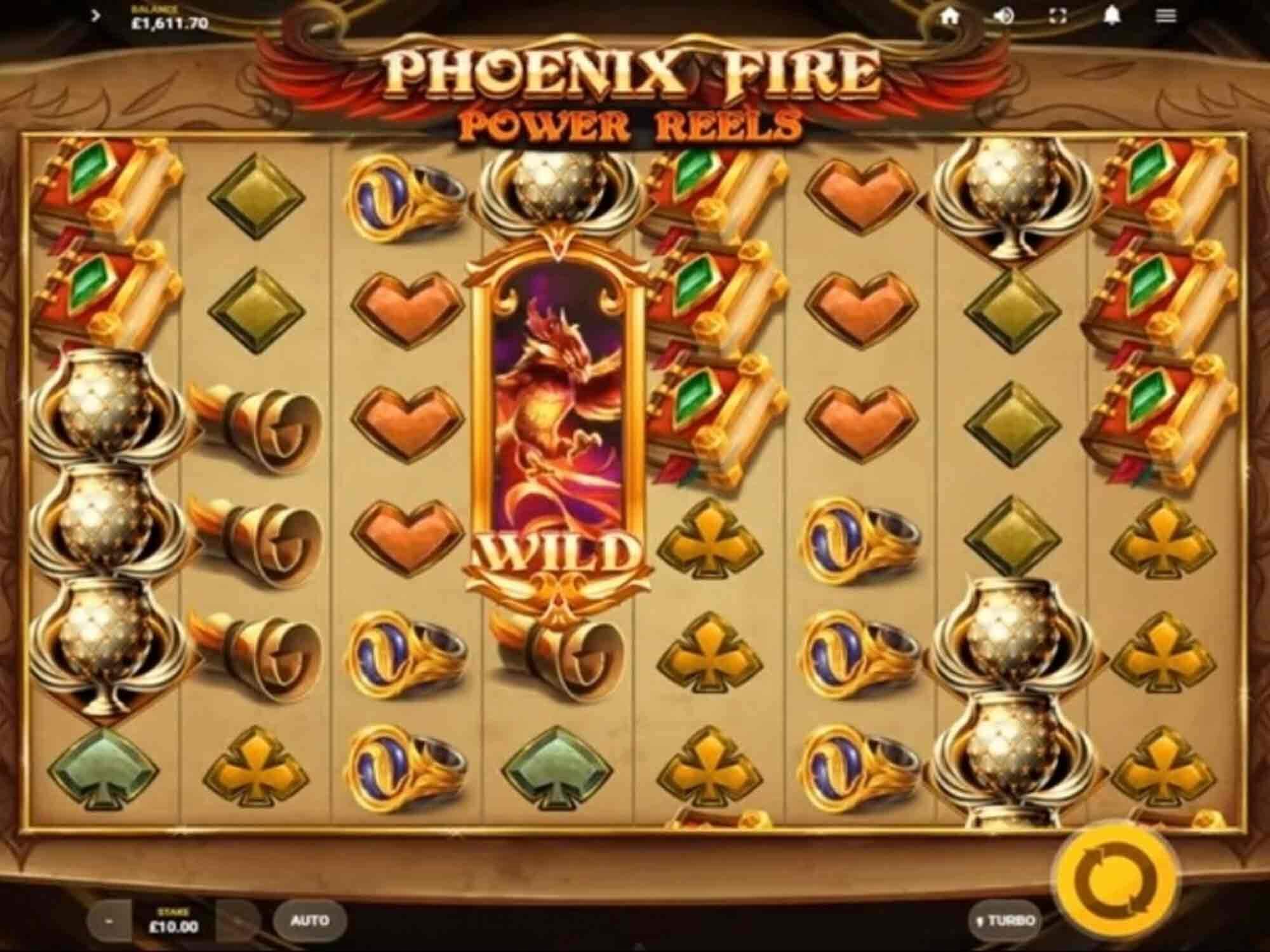 The RTP rate for this slot game is only just above average at 96.22%. That is quite normal in a high volatility slot, and that can easily be put down to the sheer amount of reels and pay lines. Only having to get more than 2 symbols across 8 reels is a highly likely occurrence.

However, this is offset by a relatively low max win multiplier and few bonus rounds.

There are only two bonus features available in Phoenix Fire Power Reels, and one finally brings the titular phoenix to the forefront.

Last Thoughts on this Online Slot

Pandamania Slot is another amazing game available at Daisy Slots!