It will not surprise you that gold is the theme of this Irish slot sites uk game online and it is helped along the way by silver too. Travel along the rainbow road and see if you can trigger the different coloured pots for the different bonus features associated with them as you go.

You need to pay attention though because there is big money at stake here so a mistake could cost you a big potential prize. There are plenty of ways to increase your potential wins with the bonus features which are in abundance here so let’s hope there’s a lucky leprechaun somewhere nearby to help you out.

About Barcrest – The Developers of Rainbow Riches Drops of Gold Slot

Barcrest is part of the Scientific Gaming group and they are celebrating their 50th birthday which shows us just how successful they have been as game developers. They have a massive portfolio of games to their names, including some of the best slot games online ever to grace our screens.

They take a great deal of time, care and pride over the slots game that they create and though they still create games that can be played in the traditional sense in the bricks and mortar casino setting, such as pubs, bars and betting shops, they are also leading developers of online slots games too. 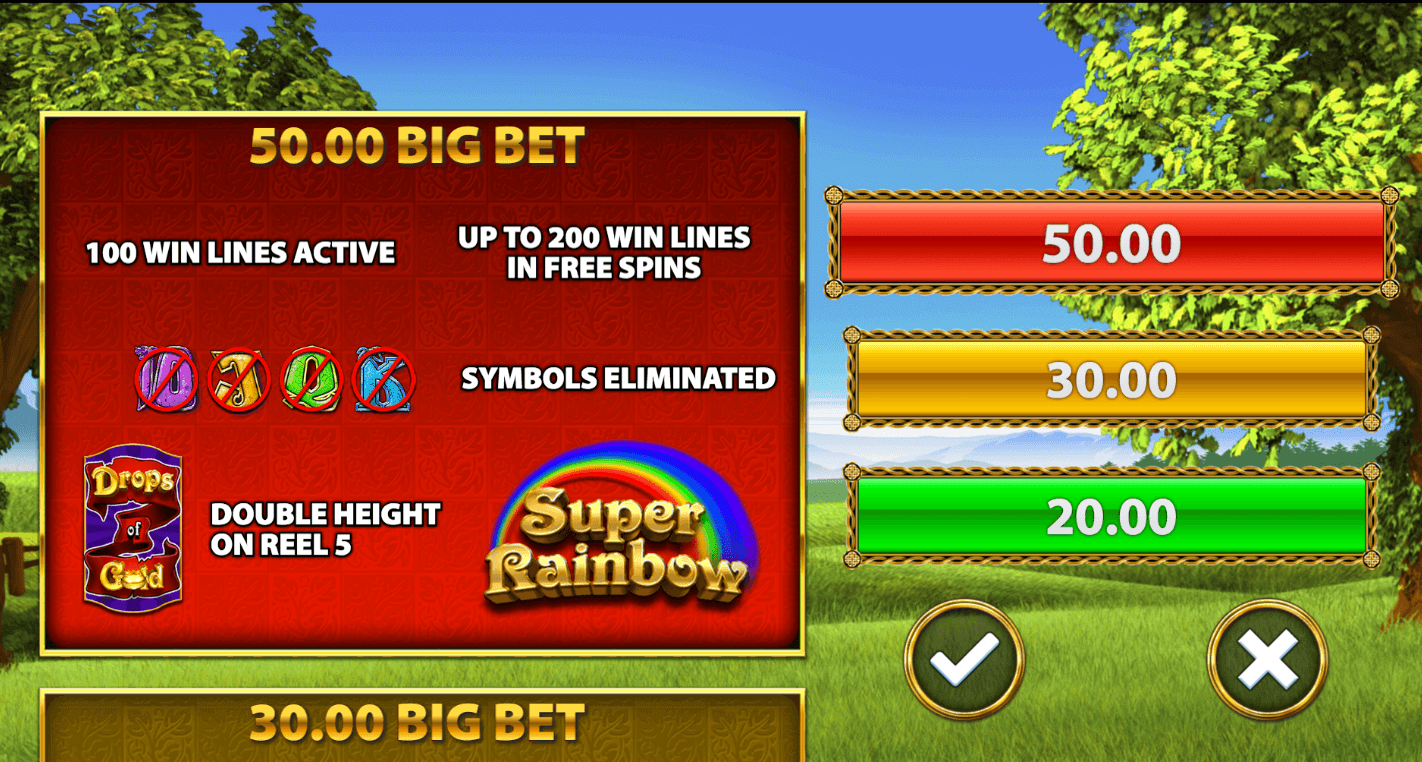 Playing Rainbow Riches Drops of Gold - What to Expect

Barcrest released Rainbow Riches Drops of Gold in June 2018 and it has been a major success with their players whether they are general Rainbow Riches fans or fans of this game specifically. It has been given a place in the Top 31 games of the SlotRank Charts and has earned itself a Top 50 Golden Badge Award too.

This slot is a medium variance game and has an RTP of 97.75%. There is big money to win here with a maximum jackpot prize of 250,000 coins at stake for a lucky player to win if they are able to trigger this jackpot.

Bets can be placed from 10p to £500 per spin of the reel so this is a great game to cater for players of all sorts of bankroll sizes. This is a 5 reel, 200 payline slots so there is big potential for creating many different winning alignments as you play on this video slots online game.

There are multiple different bonus features in play with the free spins, scatters, wilds, bonus symbols and a bonus game being features of note. 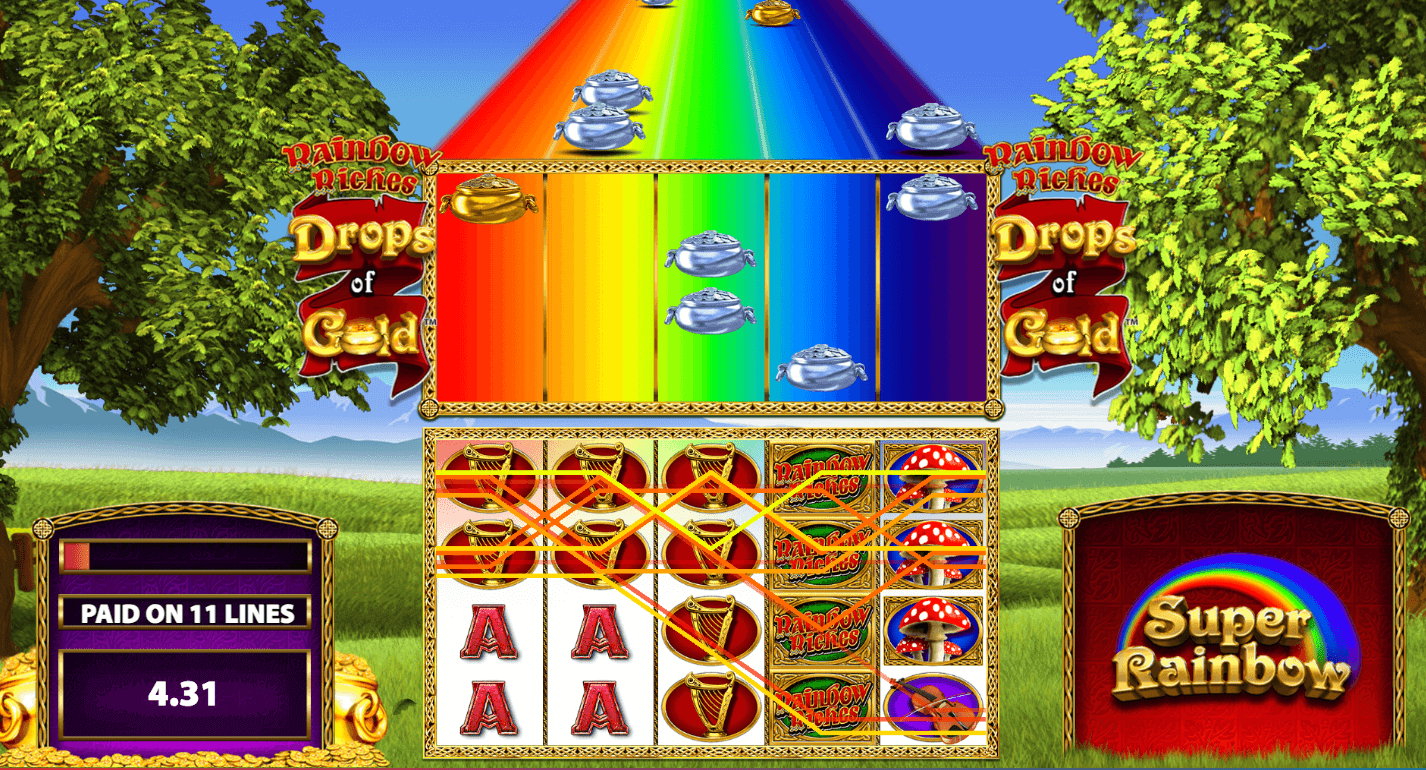 There are the £20, £30 and the £50 Big Bet drop zones which all contained a stacked pot of gold symbol with an additional extra feature or even two for you to look out for as you trigger them, such as increased wilds, only high paying symbols or increased numbers of paylines in play.

To trigger the free spins feature in this UK slots game, you need to align at least 3 scatter symbols up to a maximum of 5 scatters to be able to receive 8 to 16 free spins in return for your troubles. There is a re-trigger involved too so you can potentially win yourself 32 free spins at best here which is really generous in a slots game and if you are able to trigger the Drops of Gold bonus feature at the same time then you are going to be laughing all the way home from Ireland!

Our Verdict on Rainbow Riches Drops of Gold Online Slot

There seems like there is a lot to do in this slot and some may be put off by the appearance that this slot gives of there being so much to do but it’s actually nowhere near as daunting as you may think.

This game is loved due to its connection to the range of Rainbow Riches games but also due to the bonus features it offers players so it is great fun in its own right. With plenty of free spins available and with some fun bonus games in play, there is lots to keep you occupied whether you have played other variation of the Rainbow Riches slot games or not.

You can also try another game, how about you check out Jackpotz Slot?