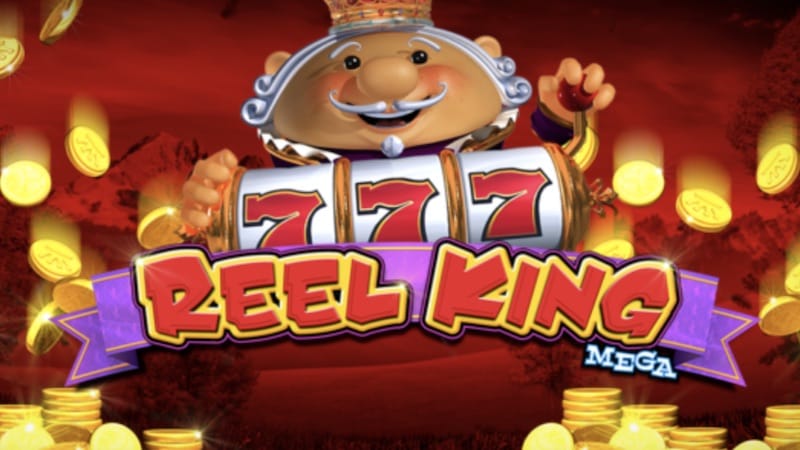 A dazzling royal treasure. With this slots, we’re offering you a big share of the royal pie. Why not bathe in the beautiful bounty of your highness! Red Tiger’s spin on the classic Reel King game brings the traditional slot to life, featuring giant symbols, majestic multipliers, and wilds.

With picturesque graphics, captivating video animations, and insane winning combinations, you will certainly be held captive. Are you deserving of a crown? Bet your bravado today and battle with the best of the bunch. Play Reel King Mega or other jackpot games today.

About Red Tiger – the Pioneers behind Reel King Mega

Red Tiger Gaming are a leading supplier of online casino software. Founded in 2014 by a collection of esteemed industry veterans, their team is swamped with developmental talent.

With mathematicians, graphic designers, software developers, and more, all within their mist, it is as clear as day why they have been able to continuously improve the player experience. When it comes to providing quality casino slots games, Red Tiger Gaming are one of the best.

Spinning the wheel will commence your venture into the king’s royal treasures. To enable gameplay, you press the spin button, and the reels will spin out for one consecutive round at the current stake value. The minimum bet per spin is 20p, whereas the big boys who are going for the big wins can bet up to £200 per spin.

The game is full of golden coins that sparkle, shift, and fall each time players hit the spin button. Full of eye-catching graphics, there are juicy fruits like grapes and cherries, as well as Ks and Qs, that are placed along a luxurious reel. These icons will dictate your success on the slot.

There are some royally amazing bonus features. If the king’s crown cunningly collapses onto the reels it will leave wild symbols in its path, bringing players bigger payouts! This game is seeping with ways to make more money.

There’s also the matter of the Reel King feature. When players take a spin of the reel, if all sets of the reel are yellow, the Reel King feature is activated. You’ll enjoy this. Up to five characters will appear across the gameplay, having their own set of 1x1 reels, which can lead to an instant win. The best part is that this will keep on spinning until a losing spin lands! This is gambling galore!

Our Verdict on Reel King Mega

In the world of online slot games, it doesn’t get much better than Reel King Mega. Featuring a king worth overthrowing, and gold coins yours for the taking, this slot is a money maker. And it’s fun too. Reel King Mega should appeal to you.

Unlikely Royals Slot is another great game at Daisy!