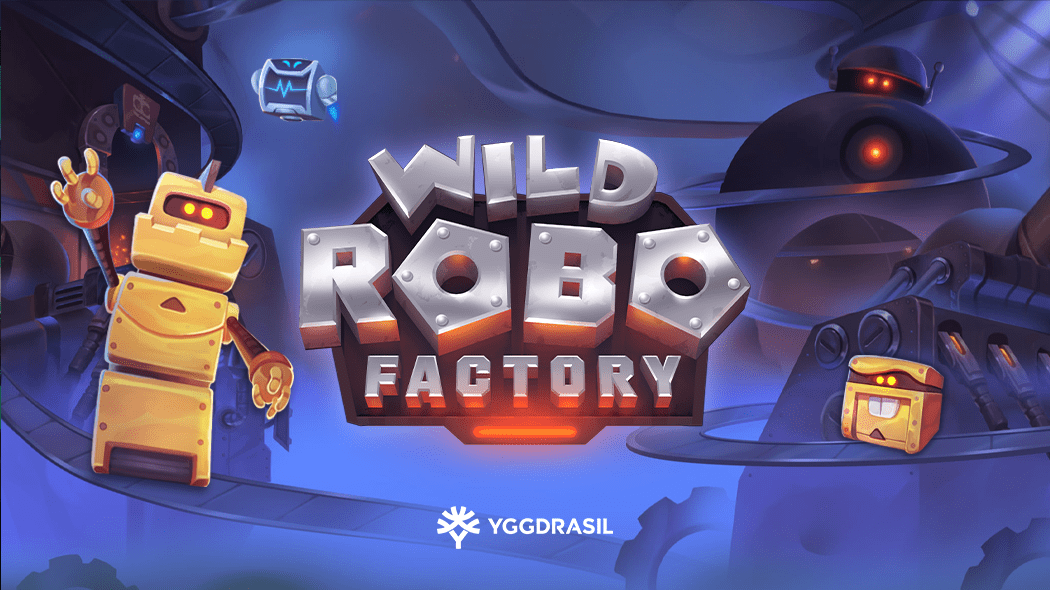 Join some crazy and adorable robots on a new and exciting adventure in this innovative casino game here at Daisy Slots!

This slot video game is a colourful and charming game that makes use of 3D visuals to add thrills for the player. In this game, the theme may appear somewhat strange, in that evil robots dominate, keeping an eye on 12 robot servants. These servant robots that work within the factor can go wild. If they do appear on the reels and are stacked up, then the player can win big.

This video slot game was developed by Yggdrasil Gaming Ltd, with its head office based in Malta. This company, which began in 2013, and is known for specializing in video slots, instant Lotto products, lottery games, as well as for Keno games. The company offers don’t only include Wild Robo Factory. The company is also known for their video slots, which include titles such as Winterberries and Robotnik. If you wish to free slots online then you should have a quick look at this list of exciting games:

If you have already tried your luck on these titles, why not try something fun from a different developer, like Wild Burning Wins: 5 Lines here at Daisy Slots! 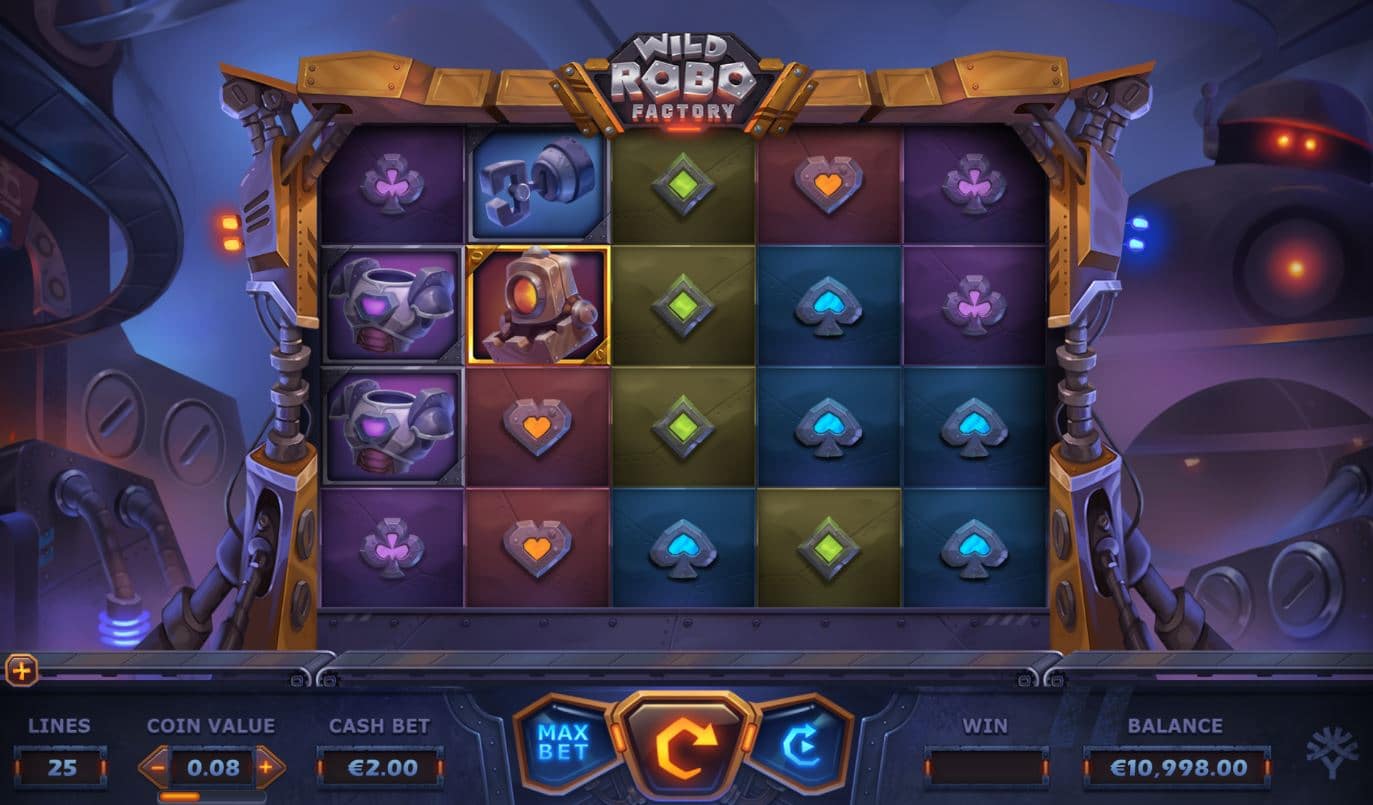 Wild Robo factory is a casino game which showcases 5 reels and 25 paylines. This game comes with various features, such as a Wild feature, Free Spins, and a transformational bonus.

This game has a Wild feature, that can act as a substitute for any other symbol that could create a winning combination for the player. What is more, the Wild comes with a x2 multiplier. Besides the Wild symbol, Wild Robo also has a re-spin feature. This feature can be randomly triggered during the base game. In addition, the re-spin will go on so long as there is a Robo on one of the reels.

Wild Robo Factory also has a casino free spins feature. With this feature, when a player lands on three or more Robo Spin symbols on any of the reels, this will trigger the Free Spin feature. A player then will receive either five, ten, or 15 Free Spins. It should also be noted that, during this feature, the Free Spin Robo can land on any reel, and move to the left on each spin. Also, during the Free Spin feature, the symbol transformation feature can also be activated. The latter is a randomly activated feature. When this feature is activated, it can transform a low-paying symbol into a high-value symbol, which can increase the player’s winnings.

However, this video slot game also comes with a system-overload feature. When this feature is triggered through the Free Spins feature, the conveyor belt will change to reverse, moving all Robos on the reels 1 to 9 positions towards the back. The outcome of this feature is that it can lead to additional spins. The feature ends when all Robos have moved off the far-left reel. Albeit a somewhat gloomy theme game, the game does offer a range of interesting features that players will enjoy and that could increase their chances of winning. 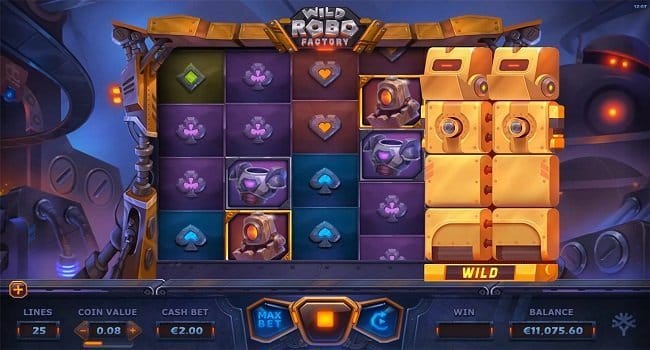 As far as slot game titles go, this is an exciting new addition that is definitely worth your time and attention whether you are a sci fi fan or just a fan of cute little robots! Why not try Wild Burning Wins 5 Lines Slot too?