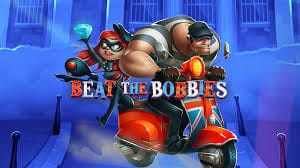 Beat the bobbies is one of such real money slots with a robbery, one-armed bandit theme, only this time it's focused on the UK.

Penny, the central character, is all set with her intentions to rob an opulent castle and cart away all the invaluable possessions they have.

Now, in bringing this robbery into fruition, Penny has the police (Bobbies) and a few menial staff of the castle to battle with. Thus, you are called upon to assist Penny in carrying out this grand theft that will change your life.

More details are contained in the following paragraphs, as you can also play the game on Daisy Slots thereafter.

Beat the Bobbies is among the very numerous real money slots from Eyecon Studios. Eyecon Studios has secured a spot in the iGaming industry as a veteran of ingenuity.

Having been around since 1997, Eyecon Studios has consistently and professionally developed video slots that have various engaging themes such as adventure, ancient culture, wild animals, Irish storylines, among others. In their stock of games include casino games, lotto games, table games, and bingo games.

Some other real money slots by this developer are:

You can play for more slot games and numerous others by this developer on Daisy Slots always. 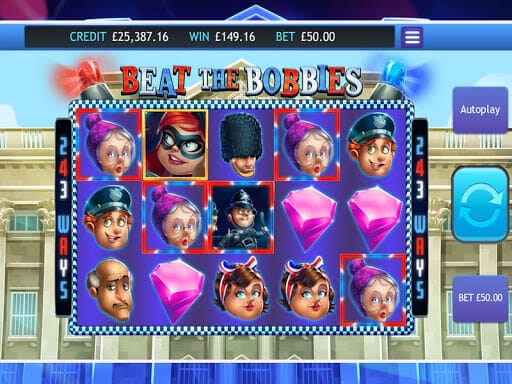 Beat the Bobbies Gameplay and Symbols

Beat the Bobbies gameplay revolves around the Wild Multiplier feature that is played in the base game. You also get the Free Spins feature that offers the option of choosing your preferred free spins.

Both features have to be activated with at least 3 of a kind for them to play out. The high-value symbols include a Pink Diamond, followed by the Crown symbol, then the Tiara symbol, and a Gem Stone Ring.

The Wild symbol is represented by a Bobby that looks fiercely passionate about the job of apprehending robbers. Bobby also replaces all other symbols except the scatter in making a winning combination.

You can wager on this game with a minimum of 25 Pence and a maximum of 50 Pounds for each spin. You would have more feel of the gameplay when you play on Daisy Slots any time. 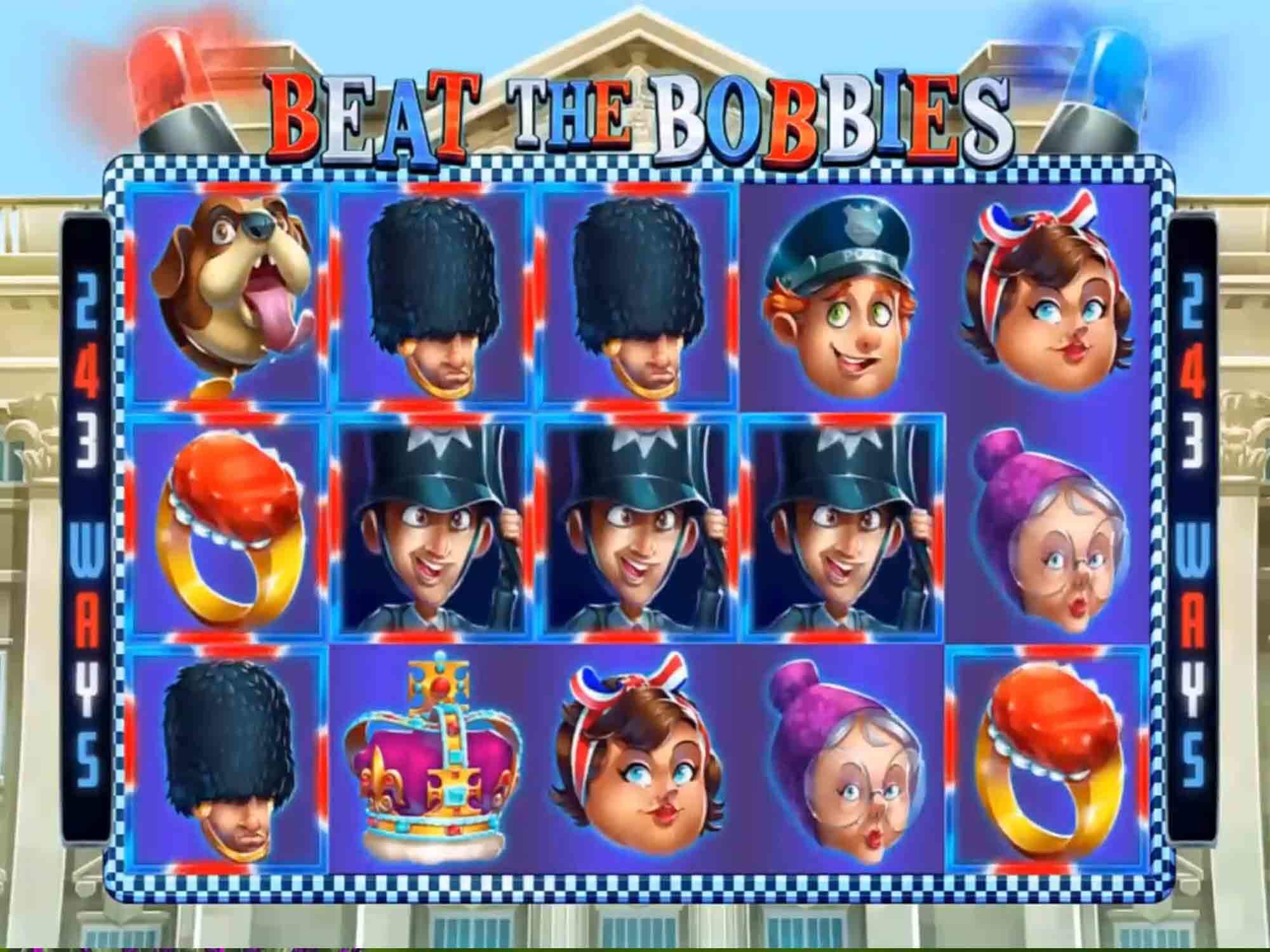 Bonus Feature and Free Spins in Beat the Bobbies

This feature is enabled when the Bobby Wild appears on the 2nd, 3rd, and 4th reels at a time. This starts the wild multiplier feature, with options of 3x, 5x, or 7x multiplier value to all the reels in play.

This feature is switched on when 3 to 5 Penny scatter symbols appear on the reels in successive positions. When this comes on, a set of 5 different free spins are awarded, and you get to select any of them, which are:

You can get the above at one of the best slot sites uk, Daisy Slots and win incredibly!

Last Thoughts on Beat the Bobbies - Hit or Miss?

Beat the Bobbies slot is powered by a thrilling theme and a broad set of pay-lines that offer you the gameplay you deserve. We are quite confident that you would win massively when you play on Daisy Slots now!

You can also try different games today, we recommend you check out Bar Star Slot.