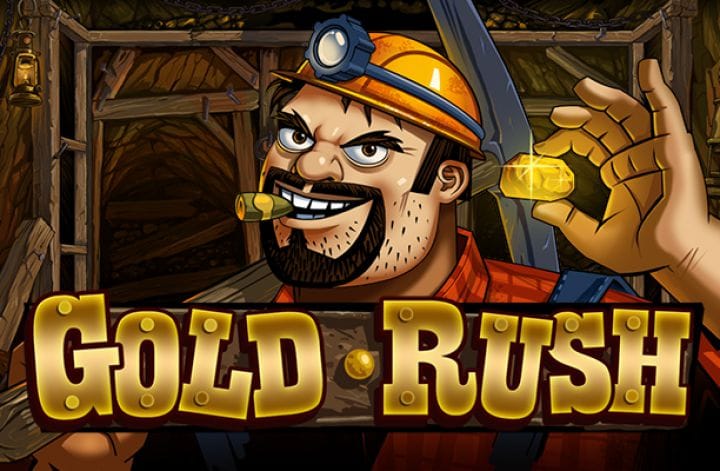 Join the search for gold in these mines with Gold Rush from Pragmatic play!

Players better get ready to go prospecting for a healthy haul of 24k gold in this mining-themed slot by Pragmatic Play. It’s called Gold Rush, a 5 reel, 25 payline slot with the main feature being the Free Spins which are activated when the scatter symbol appears on any of the reels in the middle.

The round starts with 10 free spins where high value miner symbols appear on the reels to award higher payouts. You can also win additional free spins when more scatter symbols appear on the reels. If you want to play free slots online or with real stakes in the game start from 25p to £250 a spin on all iOS and Android PC, tablet and smartphone devices.

About the Gold Rush Gameplay

Gold Rush is among the best slot game titles and has a nice design, with the action being set in the inside of a mine shaft. Symbols on the reels include; playing cards A, J, K, Q, 10 & 9, a cart full of gold, a lamp, spades, a pit pony, a bearded miner and an axe. The bearded miner rewards the highest payout of 1x, 8x and 20x your total bet when 3, 4 or 5 land on a payline simultaneously.

The wild symbol in the game is represented by the sticks of dynamite. They help form successful winning combinations, but don’t offer any specific payouts on their own. They can also perform all the usual substitution duties like being able to replace all other symbols on the reels except from the scatter symbol. 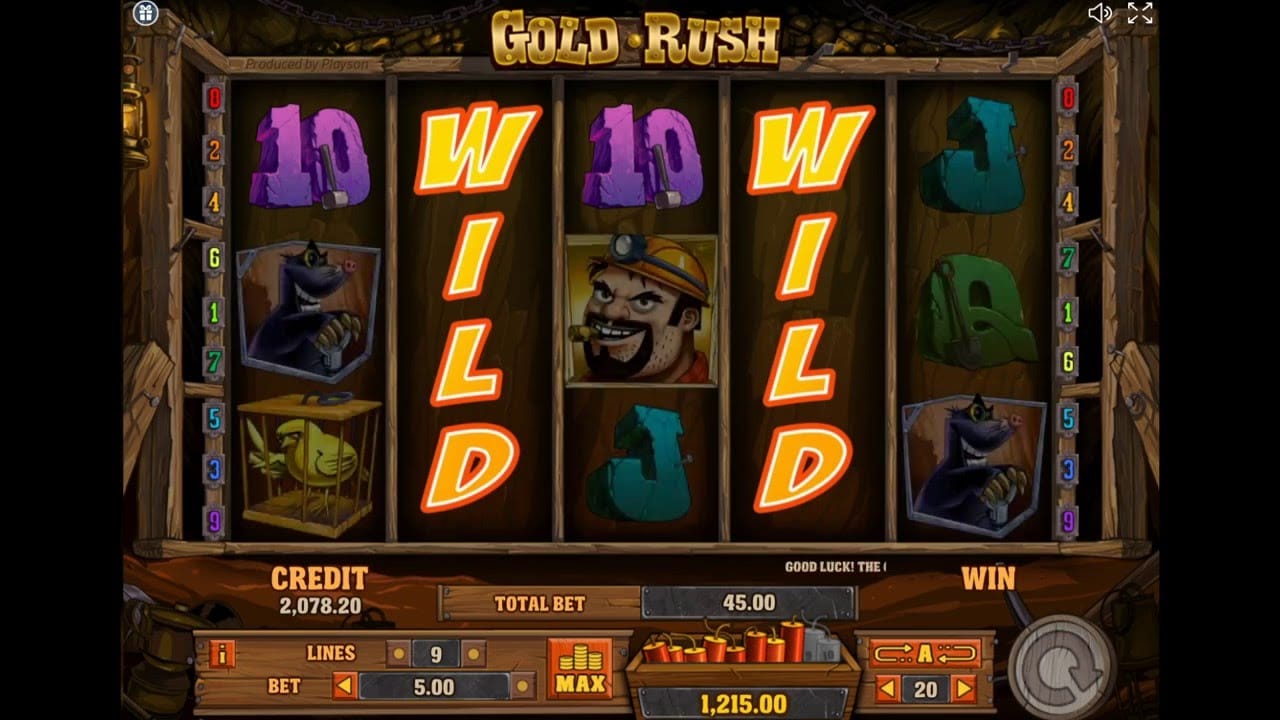 About Pragmatic Play: the the Developer of Gold Rush

Pragmatic Play is an online casino slot developer that is considered one of the fastest growing companies in the field. They launched in August 2015, but were able to grow their workforce to almost 200 employees by end of 2017. Together, they create each Pragmatic Play slot from the company’s headquarters in Sliema, in sunny Malta. Even more impressive, Pragmatic Play has managed to win several awards being able to fight off tough competition from heavyweights in the industry like Microgaming, NetEnt, etc.

They’ve earned recognition at huge events like the Software Rising Star category at the EGR B2B Awards Malta iGaming Excellence Awards and the EGR Operator Awards. Two of their slot games have been nominated for Game of the Year, i.e. Queen of Gold and Hot Safari.

The company has been awarded a gaming license from the Malta Gaming Authority and they also have one from the UK Gaming Commission. These are both tough and strict licensing bodies that usually have several requirements of gambling institutions. The fact that Pragmatic Play checks all the boxes means that they hold the same values as these governing bodies- commitment to customer safety.

They also have licenses from the AAMS in Italy, Romanian authorities, Curacao's certification body and Philippines' regulator, PAGCOR. They’re also the first online casino software developer to be awarded a license to operate in the Bahamas.

Pragmatic Play releases an average of 2 new games per month. That is impressive considering it takes a lot of time and resources to make a single game. Churning out 2 high quality online slots per month is incredible. It also means that the fans will always get to enjoy something new and be spoilt for variety.

Before you’d get tired of one game, there’d be 3 more waiting for you to try out. They have a variety of casino slots featuring different 3 reel, 5 reel and multiple ways to win setups. Players will enjoy different themes and storylines too including; action, mystery, humour, love, history, crime, fantasy, safari, Chinese theme, Mexican theme, Native American theme, Japanese theme, Irish theme and more. 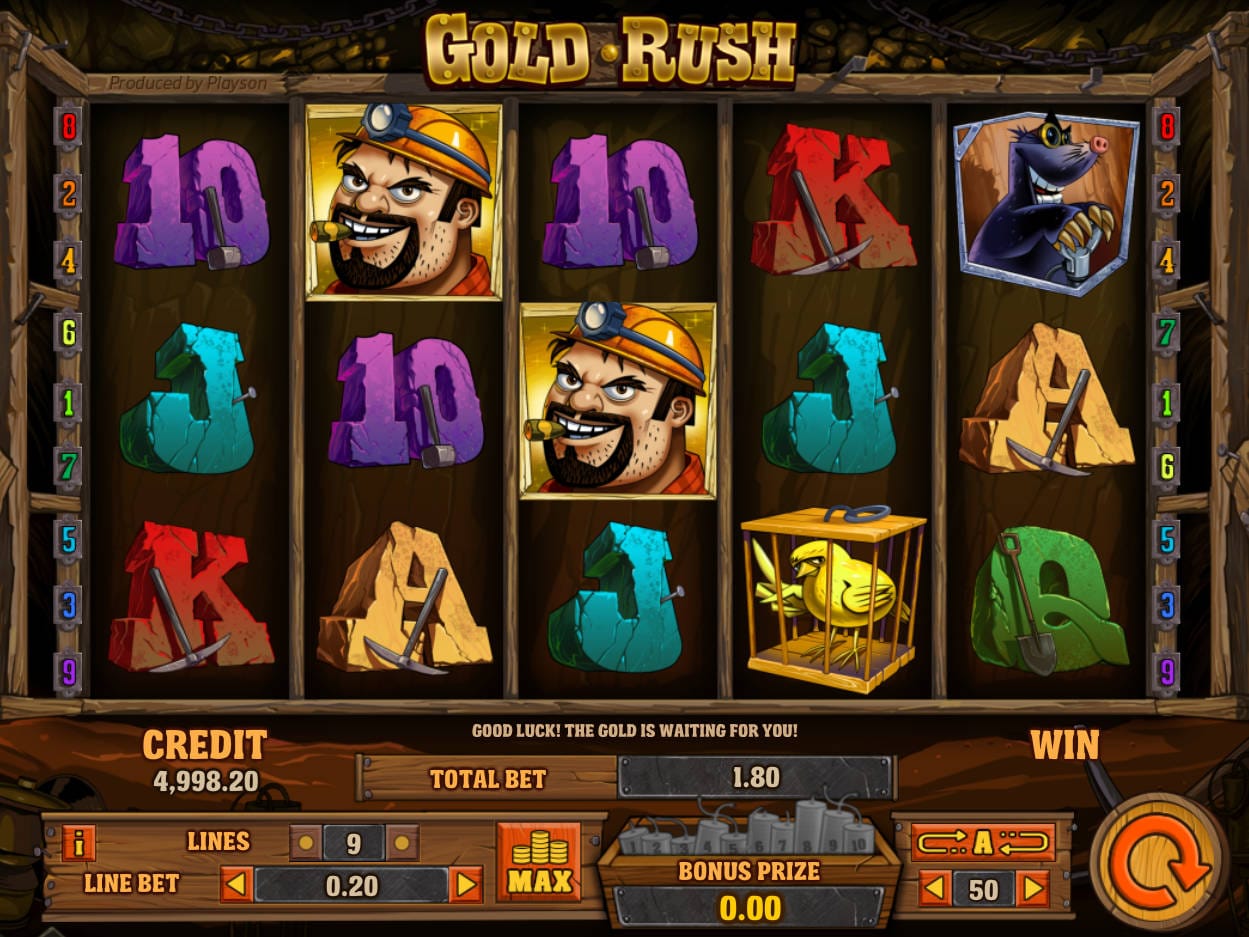 The Verdict of Gold Rush - Hit or Miss?

Gold Rush by Pragmatic Play will serve as enjoyable game for beginner slot players as well as professionals. The fact that it has only one feature means that players won’t get overwhelmed with complex bonus features that take forever for you to understand.

The design and animation is on point as is always the case with this slot developer. The Free Spins feature in this slot can be highly rewarding, especially if the high value miner symbols begin to land. This is mainly due to the special golden nugget symbol which adds anywhere from 7 to 29 miner symbols on the reels. You can add 2 extra free spins to your tally every time more scatter symbols appear on the reels.

This is a highly volatile slot where lengthy spells without wins are possible, but players can still end up collecting a sizeable win. Once the nuggets start appearing during the Free Spins feature, the coins start to flow quickly. The slot has a medium to high variance.

Pragmatic Play has stayed true to their standard - impressive design, easy gameplay and a solid bonus feature. Gold Rush covers all the boxes when it comes to fun, entertainment and rewarding payouts. It’s worth taking for a spin so look for it on all your favourite online casino sites, and it is also worth having a look for another fantastic title under the name Wild Robo Factory Slot if you are after a new and exciting game.