Fruits of the Nile 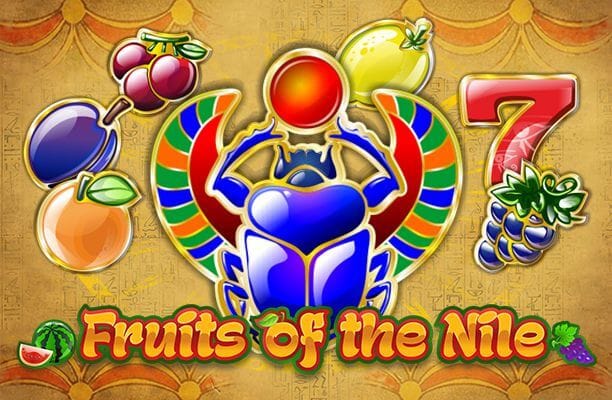 Fruits of The Nile by Playson is a 5 reel and 5 payline slot game that honours the longest river in the world, the Nile. It’s one of the newest real money slots on Daisy Slots. It’s a basic slot catered to a beginner player, but it’s going to be just as fun for any professional slot players out there.

There aren’t any casino bonuses on offer, but the symbols do the talking in this casino game. You’re going to keep your fingers crossed for wilds landing on the reels. The scatter symbol can win you multipliers of 5x, 10x, and 50x.

So, even though there aren’t any bonus games to benefit from, you still get some pretty huge cash prizes. Stakes in the game start from 20 coins to 100 coins per line.

About Playson - Pioneers Behind Fruits of the Nile Slot

Playson is one of the lead developers of online real money slots on Daisy Slots. The company is comprised of a team of designers already who have released over 30 HD slot machine games with a lot of them taking on new and adventurous themes and storylines.

Playson started operating in 2012, which makes it a small time developer among others. What many people don’t know us that the company is expanding quickly and proving that they have the ambition and capability of competing in business.

Playson has a workforce of over 250 employees all over the world. They have also established a number of working relationships with business partners like Bet Construct, Leander Gaming, 1X2 Gaming, and Quickfire.

The Malta based developer has several betting licenses that ensure their games are free and fair. The licenses also ensure that they’ve met all the gambling rules and regulations. They’ve already obtained a license from their home island Malta and meet the laws and regulations of jurisdictions in Alderney and the United Kingdom. Some of the 3 reels, 5 reel slot games you will get to experience include; 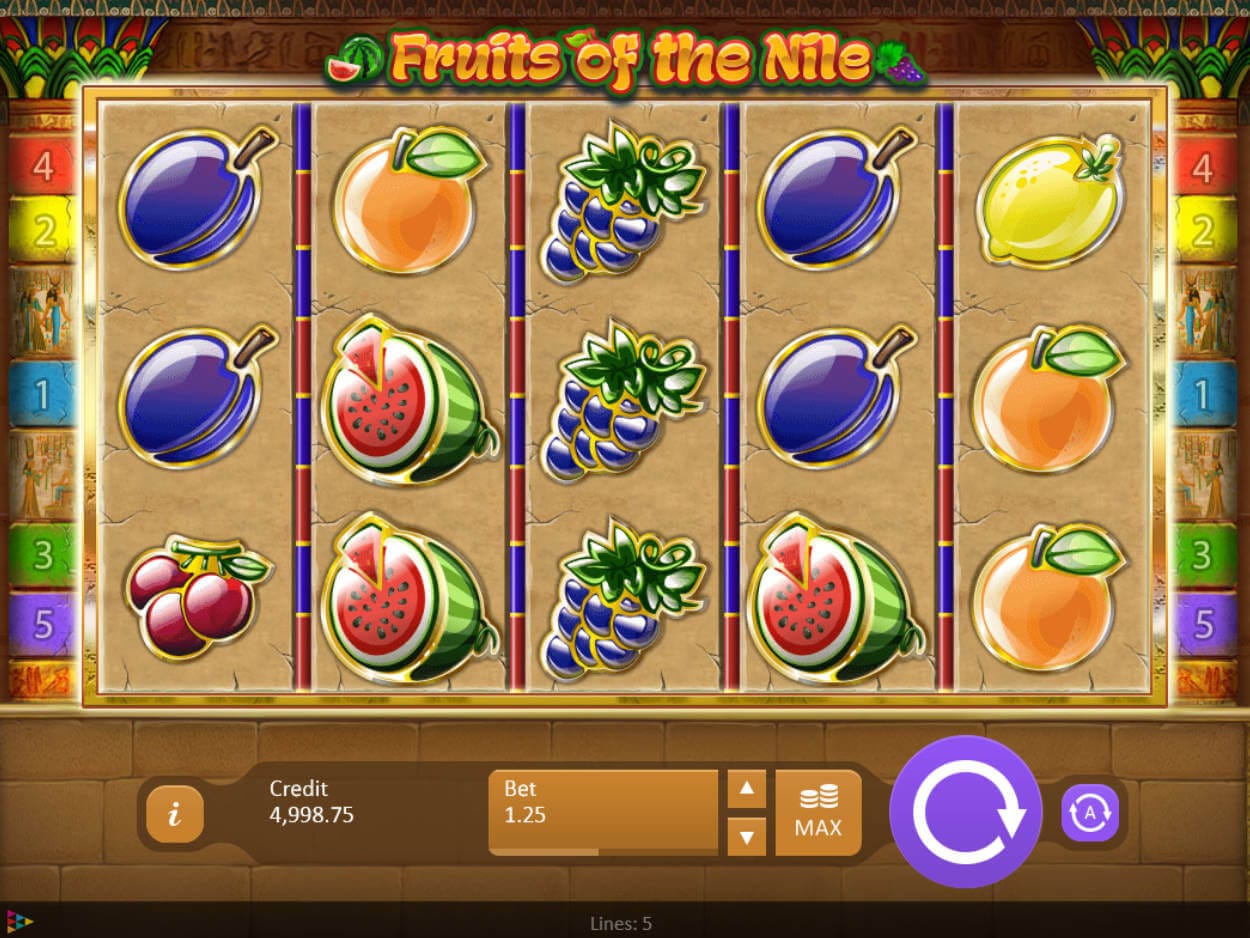 Playing Fruits of the Nile - What to Expect

Fruits of The Nile is one of the best free bonus slots online on Daisy Slots. It takes players to the source of life – the originator of luck in Egypt, a river that has always fascinated communities all over the world.

The Nile flows constantly throughout the year ensuring the survival of iconic civilizations. You too can join in on the magic of the Nile on Daisy Slots. Players will enjoy vivid imagery, simple gameplay, and huge payouts.

Few rivers on earth can rival the majesty and rich cultural background that the Nile possesses. Thousands of life species depend on the Nile directly for survival and in Fruits of the Nile, you just might too.

The action in the game is set against a plain background that looks like the dry plains of Egypt. Symbols in the game include fruit symbols grapes, watermelons, lemons, grapes, oranges, cherries, and plums.

The wild symbol in the game is represented by the Scarab Beetle symbol. It’s awesome that the developers included some aspects of Egyptian culture in the game too. Don’t you just love it when you can play slot games and have them educate you at the same time?

The scatter symbol pays out much higher rewards than the wild. It is represented by a golden star that awards multipliers of 5x, 10x, and 50x whenever 3, 4, or 5 appear on the screen. The gamble feature in the game allows players to guess the Colours and Suits of the card dealt next in a stack. 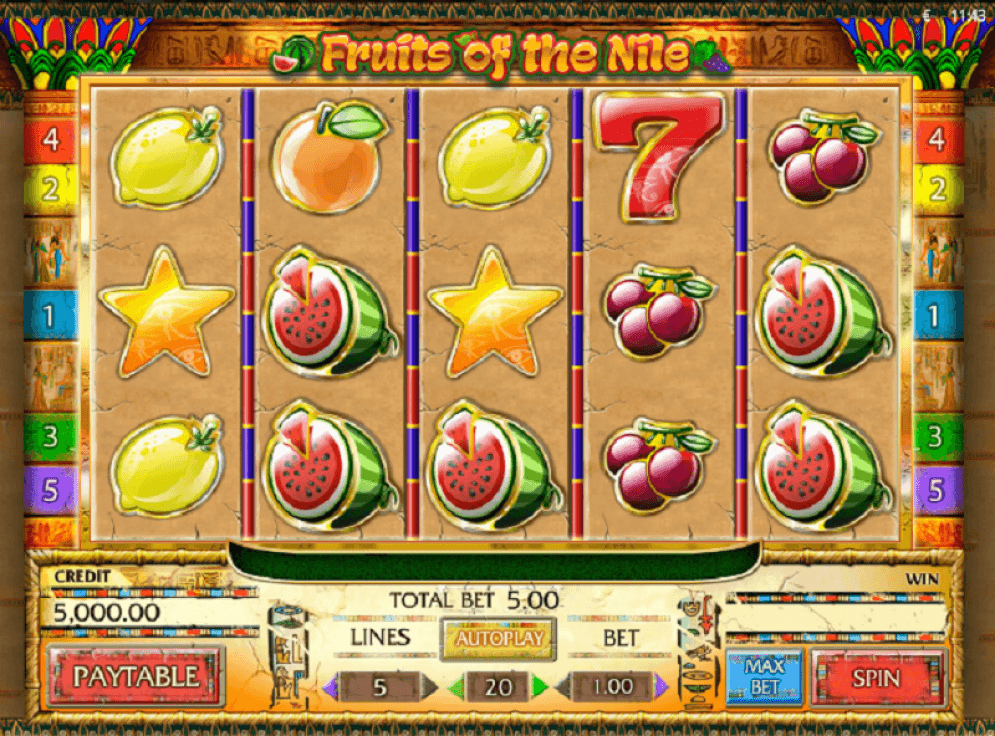 Our Verdict on Fruits of the Nile Online Slot

Fruits of the Nile by Playson should be one of the first real money slots you play on Daisy Slots. That's because it is the best Egyptian themed online slot that you will encounter. It’s easy to get a hang of the gameplay within a few tries as there aren’t any overwhelming features or designs.

The winning symbols can also have you gathering a large haul of coins. The wilds and scatter symbols with the multipliers will have you racking up those prizes fast.

If you have enjoyed Fruits of the Nile Slot, why not try another exciting game at Daisy Slots - such as Fruitoids Slot.