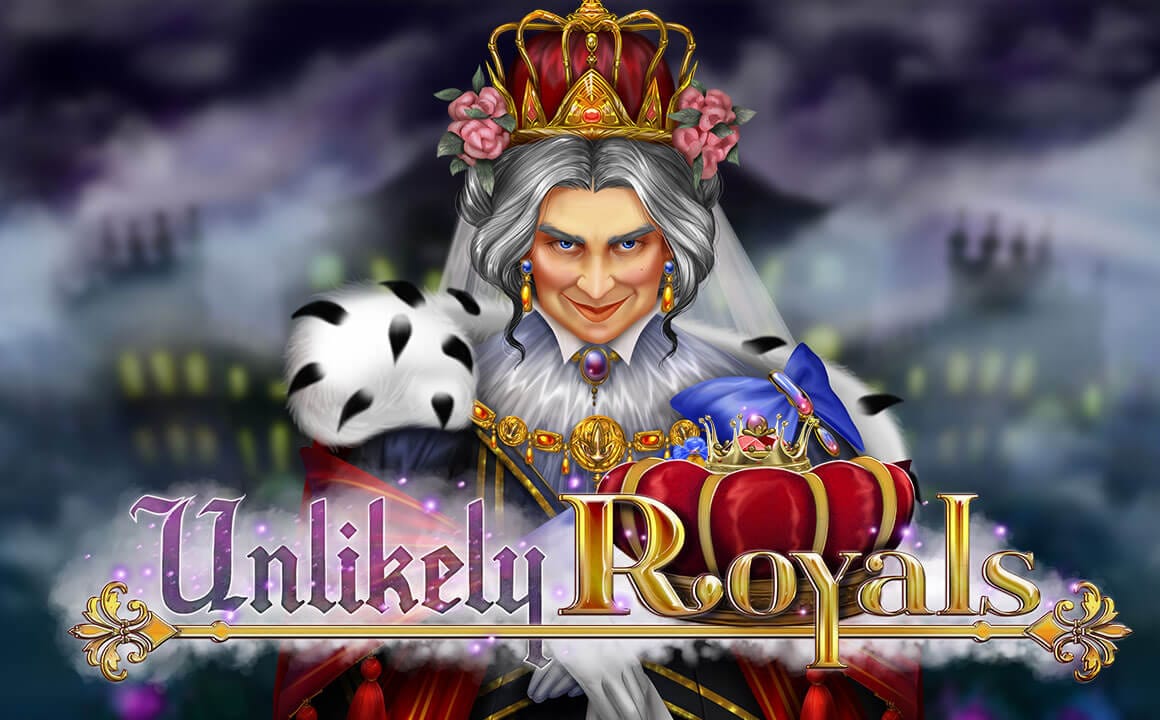 The Unlikely Royals online slot game is a comically themed slot about a medieval-looking Royal family of old.

Reel NRG doesn’t often make low variance slots but this one sure is. Although the RTP is a slightly disappointing low 95.18%, the fact that the variance is so low here means that you will find yourself winning more frequently than in some other english slots games although those wins might be a little less valuable financially.

Despite the low variance, there are a couple of cool slot bonuses, which we always love to see. A slot’s bonus features can often make the game and while those in Unlikely Royals aren’t exactly incredible, they definitely help bring the game to life a little more.

The best place to play Unlikely Royals is at the home of slot bonuses, Daisy Slots. The signup offer available there, for new customers only, is one of the best slots bonus signup offers going as you can win up to 500 free spins to play on Starburst.

UK slots developers Reel NRG are still kind of newbies in the world of online casino games having been formed as a company just four years ago back in 2016.

That being said, they’ve made a big impact on the scene quite quickly and that’s down to, at least in part, their ability to design great slot games with exciting slot bonuses. 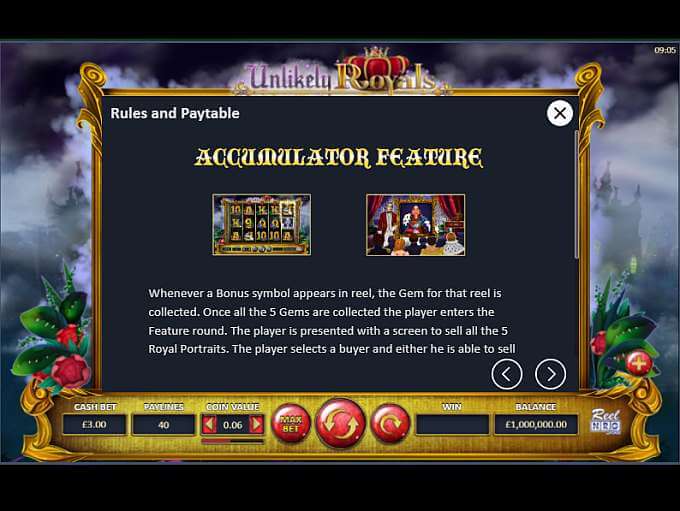 Land symbols in a row to win prizes in the base game, and quite good prizes they are as well. After the lower values Royals of the cards, the Royals of the characters pay quite well. 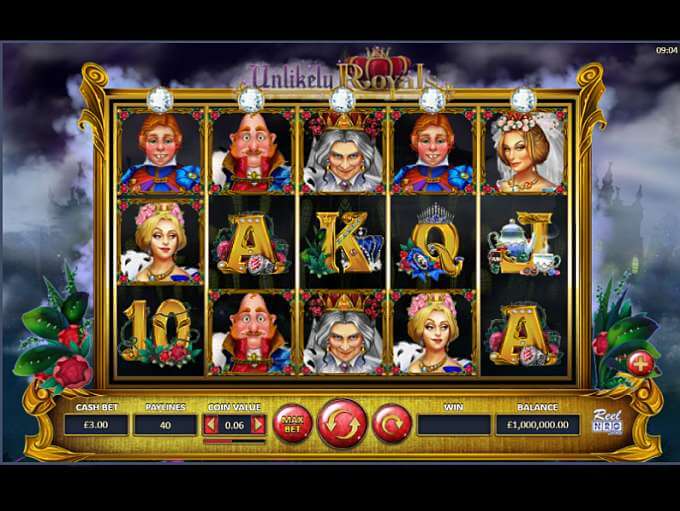 Keep an eye out for the Unlikely Royals game logo here, as this is the wild. What’s cool about this particular wild is that it comes with a generous payout when landed on its own as well as playing the conventional role of substituting itself for other symbols on the reels in order to give you a better chance as a player to land a combination win in the base game. Alone, the Unlikely Royals wild symbol will pay 250x your stake when landed in a row on all five reels.

Landing three crown scatter symbols will earn you your free spins, 10 of them to be precise. However, this number can grow throughout the spins as you are able to re-trigger them throughout so hopefully, you can just keep on going and going. Any wilds that get landed during these bonus free spins will move into position and become stacked, helping you to land winning combinations of decent values.

There are also some symbols with the word ‘spin’ written on them. Landing three of these will take you to free spins on the Mini Reels which is a little bonus game hidden within Unlikely Royals.

Our Verdict on Unlikely Royals

Two free spins bonuses are better than none and coupled with the well-valued symbols, Unlikely Royals can pay quite well for a low variance slot game.

As mentioned, at the home of slot bonuses Daisy Slots, you can win up to 500 free spins to play on arguably the greatest online slot game of all time, Starburst. To have a chance of winning this, simply place your first deposit of £10 or more and spin the Mega Wheel, and hope that you get those slots bonus spins to get you started.

Fruity Crown Slot is another popular title that can be accessed today at Daisy Slots.