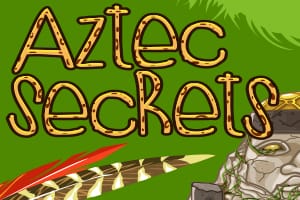 In a slots online game where the ancient Aztecs have been brought in to the modern world, www.daisyslots.com hosts this fun and educational game from 1X2 Gaming. With bets able to be placed to suit every type of budget, Aztec Secrets has all of the pyramids, temples and ancient Gods that you would expect to find but it also has some surprises in store for you to find as well, including those of the Tiger, Dragon and Octopus characters which may help or hinder your gaming progress.

1X2 Gaming may have started off its life as being more commonly associated with Virtual Football games, but as their status has increased, they have since branched out into the realms of slots games. This has led to online casinos such as daisyslots.com hosting their games which in turn increases their footfall, popularity and takings.

With their offices in the UK, 1X2 Gaming now has a worldwide presence which is set to increase over the years to come. Though 1X2 Gaming is one of the newer games developers having been founded in 2002, it is loved by many online casino affiliates due to the amount of revenue it has already managed to create for them.

Aztec Secrets was released in November 2002 and you can play this on the daisyslots.com site. It has an RTP of 97.5% and it is a three row, 25 payline slots game which can be played on your desktop. Bets can be placed from as little as 5p per spin of the reel, up to an impressive £270 per spin. There are bonus symbols, scatters and wilds for you to look out for as you play this Aztec inspired slot.

This is a brightly coloured slots game which can be found on at daisyslots.com should you wish to play it.  There are multiple bonus features involved in Aztec Secrets including scatters and wilds but the best thing about this slot is the number of free spins that are awarded and the exciting bonus round. It is here that some of the biggest windfalls can be landed of the entire game so be sure to try aim for the activation of the bonus round whenever you possibly can. Find more slot games to play at Daisy today. The best for the best!

Aztec Secrets may be approaching 20 years since its release but it is still loved by many players and sees a great deal of action on the daisyslots.com site. With all of the aesthetics, characters and symbols that you would commonly associate with the Aztecs, you will have to dig a little deeper to uncover the secrets. But the best part of this slots game is the number of free spins on offer and the bonus rounds where the largest wins occur. See if the Gods are on your side and play Aztec Secrets today. If you enjoyed this game why not also try Aztec Rising or Amazing Aztecs – both with a unique Aztec theme?