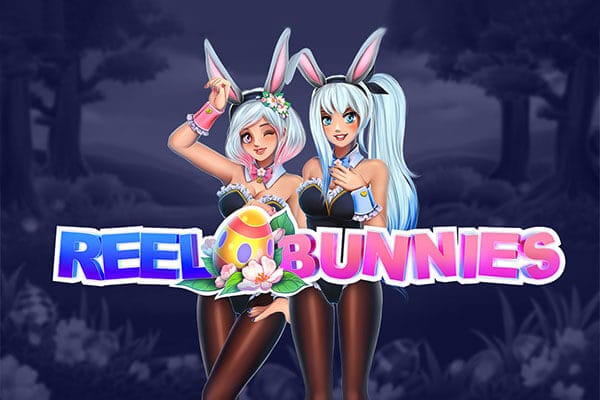 March of 2020 saw the introduction of UK slots developers ReelNRG’s latest work, Reel Bunnies. It’s a highly volatile slot with some handsome looking numbers behind it including a generous RTP of 96.6%, meaning you’re going to win more back on average from this slot than a lot of others going around at the moment.

There’s also a pretty grand opportunity to win up to 2500x your stake with a single spin, and when that opportunity is presented with the cute and engaging graphics that Reel Bunnies comes with, it’s an overall pretty exciting gameplay package.

What’s more, Reel Bunnies is available to play on all of your devices and looks just as good on a smartphone as it does on a laptop or desktop computer, and you can do this from anywhere between 10p and £40 per spin.

The best place to play Reel Bunnies is Daisy Slots, as there you can take advantage of one of the best welcome slot bonuses in the form of a signup offer where, with your first deposit, you can spin the Mega Wheel and win amazing prizes.

One of the newer kids on the block, ReelNRG are a London-based UK slots development company formed in 2016.

Known for their great graphics and cool slot bonuses, ReelNRG have made a strong impact on the online casino scene despite only being in it for four years. In this time, they’ve already created some great slots, such as:

You can play slot games online from ReelNRG in all their slots bonus glory amongst some of the best online slot games going right now at Daisy Slots. Take advantage of another amazing slots bonus simply by signing up and placing your first deposit as a new customer there too. 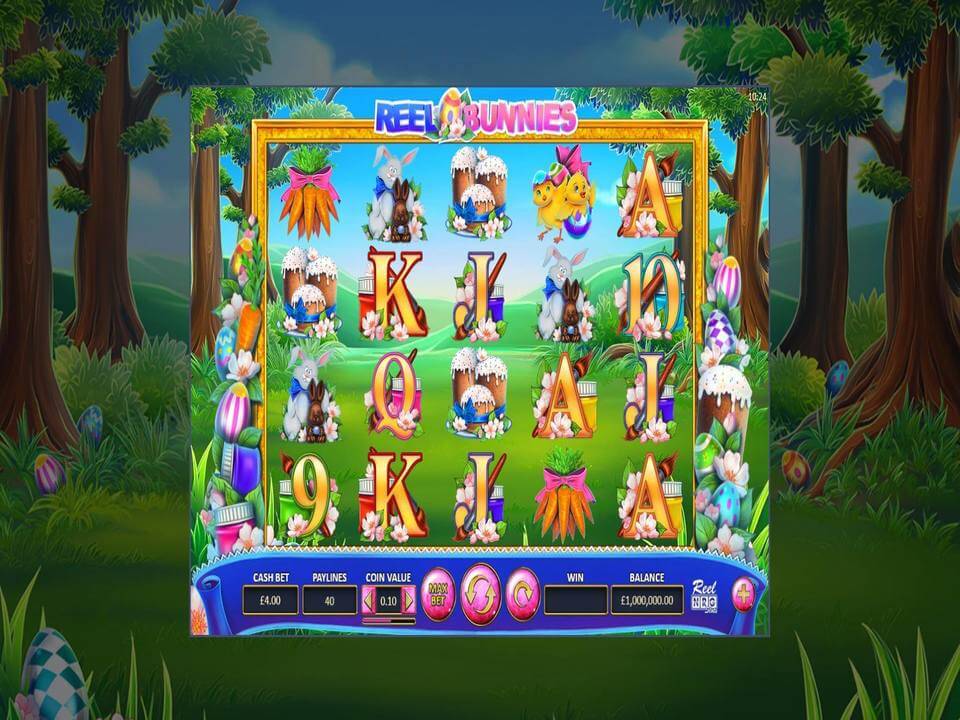 Reel Bunnies offers five reels as is the standard with online slot games, except there is an extra row on offer here bringing the total to four. Once spinning, those reels and rows will fill up with a variety of different symbols, including the lower valued Royals making up the bottom half of the pay table.

Going up a bit in value, there are a bunch of bunny themed symbols at the higher end. The most valuable of all of these is the rabbit itself, paying up to an extremely healthy 2500x your stake should you manage to land five in a row.

The other symbols to look out for are the three wilds which are different types of bunnies, substituting for other symbols but not actually paying out on their own, and the free spins bonus symbol which comes in the form of a set of dyed eggs.

Landing those dyed egg symbols in combination will get you eight free spins, which although they can be re-triggered during the round don’t come with any other particular bonus attached to them.

There are other slot bonuses to make up for that here though, including the fact that any wilds landing on the middle three reels have the chance to trigger the Nudging Wild feature where wilds can become stacked and present multipliers of between 2x and 5x whatever wins come from this process.

Our Verdict on Reel Bunnies

It’s cute and a bit silly on the surface but Reel Bunnies offers some big wins if you play your cards right, so get playing it at Daisy Slots.

Also, those amazing slots bonus prizes we’ve been talking about that you can win on your first deposit at Daisy Slots? The top one of those is an incredible 500 free spins to play on Starburst, a slot that we think is quite possibly the best of all time and is packed with slot bonuses itself.

There are other slots bonus prizes along the way if you don’t quite get the top one as well, including 50 free spins on Fluffy Favourites or you can win other prizes such as a £10 Amazon voucher, so don’t miss out and get signing up and spinning at Daisy Slots today!

If you enjoyed our review of this game, why not learn more about Pina Nevada Slot too?