Eagles’ Flight is a 5 reel 40 payline top Daisy Slots game by High 5 Games. Features you will get to enjoy here include free spins and wilds. The free spins round starts off with 7 free spins, but can’t be retriggered. There’s also high value symbols like the eagle that wins you a cool 2000x your stake if you’re lucky. Continue reading to find out more about this slot. 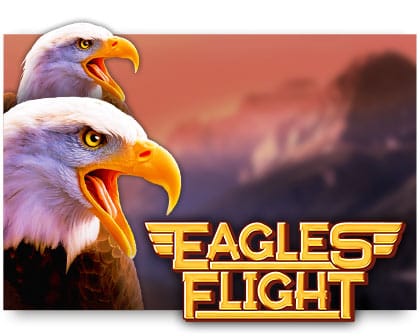 The culture, fauna and North American mountains are the setting for the action in this slot. Symbols on the reels include card values A, J, Q and K, an eagle and 3 animal masks belonging to various creatures. The eagle appears on two positions on the reels to offer a prize of 2000x your stake when ten land on a payline.

The silver ‘Wild’ acts as the wild and appears on the 4th and 5th reels only. The wild can replace all other symbols on the reels except the golden eagle scatter. A single wild is worth two eagles.

High 5 Games is a slot games developer that was established in 1995. The company released their 1st video slot in 2002. They had two major milestones in their earlier years - the release of their Da Vinci Diamonds in 2008, which  ended up being a global phenomenon and releasing their 200th game in 2009, which was proof that they are in the business for the long run. Their Golden Goddess slot also ended up being a huge global hit in 2011.

The company has released over 300 gambling games available to play in more than 50 countries all over the world. High 5 Games is known for developing hit games for other gambling companies, like Da Vinci Diamonds produced for IGT. This slot has kept land-based slot players and online fans coming back for years. Hot Hot Hot,  produced for Bally in 1999, is one of Vegas’ biggest slot sensations.

High 5 Games are extremely popular, but it's the innovative features they make use of that have endured. High 5 Games 'Tumbling Reels' feature which is used in Da Vinci Diamonds, the Split Symbols feature in Cats and their Super Stacks used in several of their slots have tried to be replicate by others , but no one has come close to the true High 5 touch.

The Verdict on Eagles Flight

Eagles’ Flight is a highly recognisable High 5 Games slot with a game style you’ve probably seen before. However, the game variance is very favourable and will have you racking up wins in the free spins feature as well as from the double eagle payouts that add on to the extra action. Check it out on any of your favourite online casino sites. If you think that this game is not for you, then why not check out Dragon Shard Slot.